The film camera I kept, and love to use. 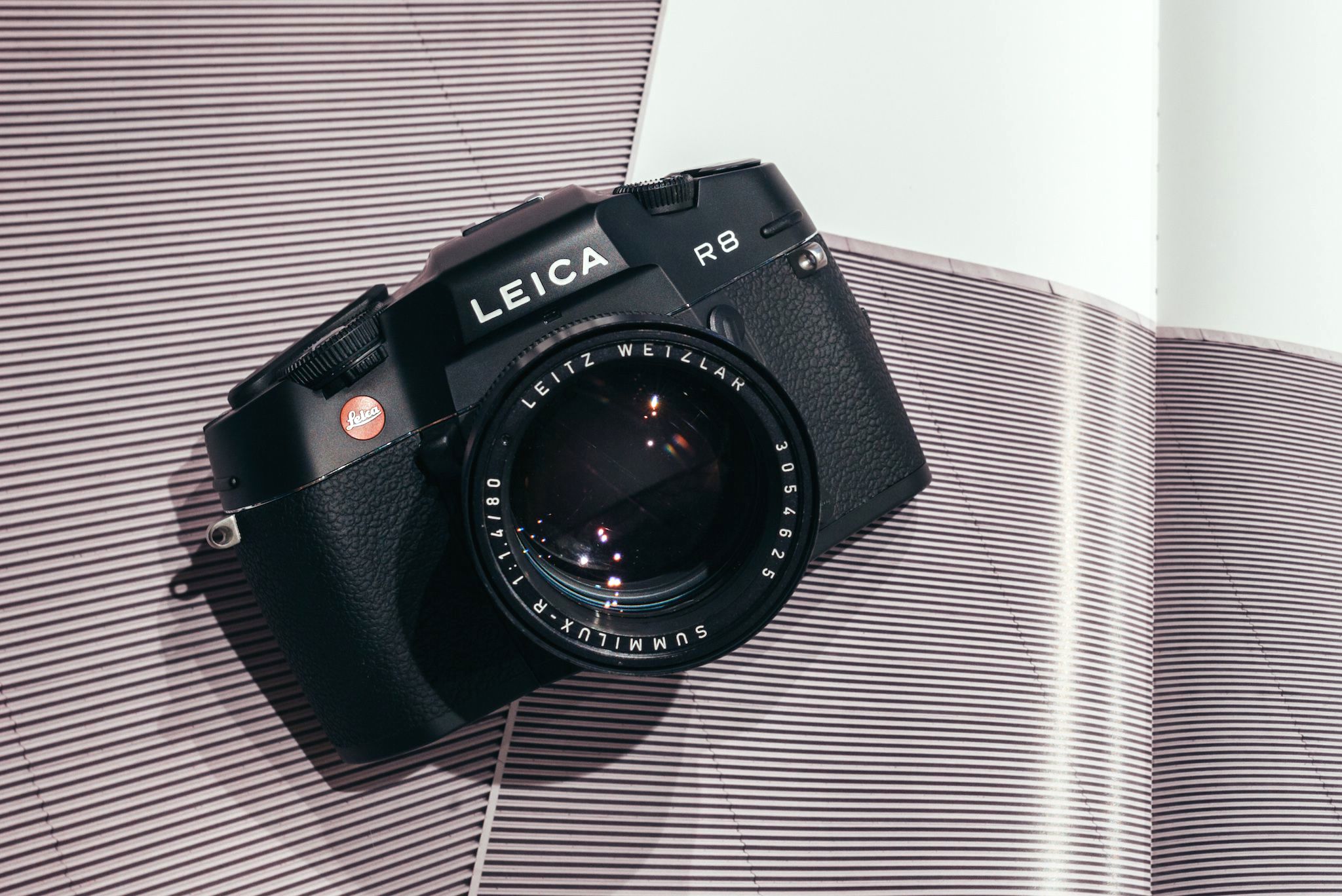 This article is dedicated to the Leica R8, and possibly a bit to the R9 in some points since the two are nearly identical beside for a few fixes in the R9 that I would call minor flaws in the R8. The Leica R8 is a Single Lens Reflex camera produced from 1996 till 2002, when the R9 was released. Which was manufactured until about 2009. In 2009 the Leica R line was discontinued to never be revived again. The Leica R line itself ran from 1965 up until the discontinuation of the Leica R9 in 2009. 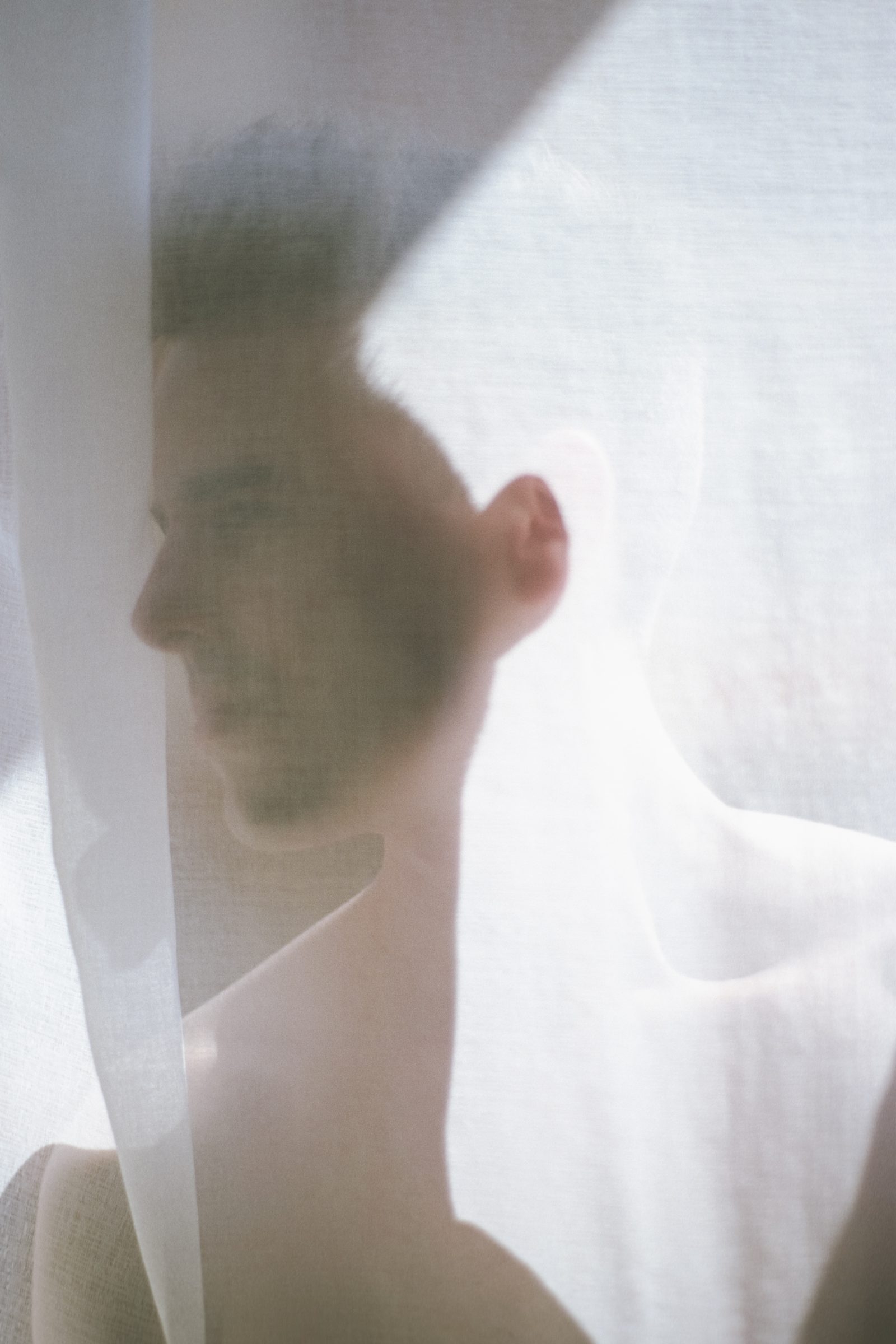 Ergonomics and layout of the camera

Whenever I pickup the Leica R8, I think: this just works. Personally I love the way it balances with the heavier standard prime lenses available for the Leica R cameras. It’s heavy at 890 grams but it’s balanced out nicely so it doesn’t feel that bad in general.

On the right side of the top plate we find the shutter speed dial that goes from 16 seconds to 1/8000th of a second in half stop steps. It also has a separate X sync position and a B for bulb position. The shutter speed dial also acts as a “exposure preference dial” in P mode. This way you can smoothly choose if you prefer a fast shutter speed with a wide aperture, or stopped down aperture with a slower shutter speed. Something that works really nicely, but I rarely use to be honest.

In the middle of the shutter speed dial you can find the shutter release button, which at first I found a bit strangely placed but actually works quite well for my hands. Some people hate it, some people love it. If you don’t like it you could purchase the Leica Motor-Drive which also incorporates a shutter release button where normally you just find the battery cover/grip. Of course this makes making exposures in quick succesion possible, but also ads a lot of bulk to the already quite heavy camera. The same style grip with shutter release button you would also get if you use the Digital-Modul-R. 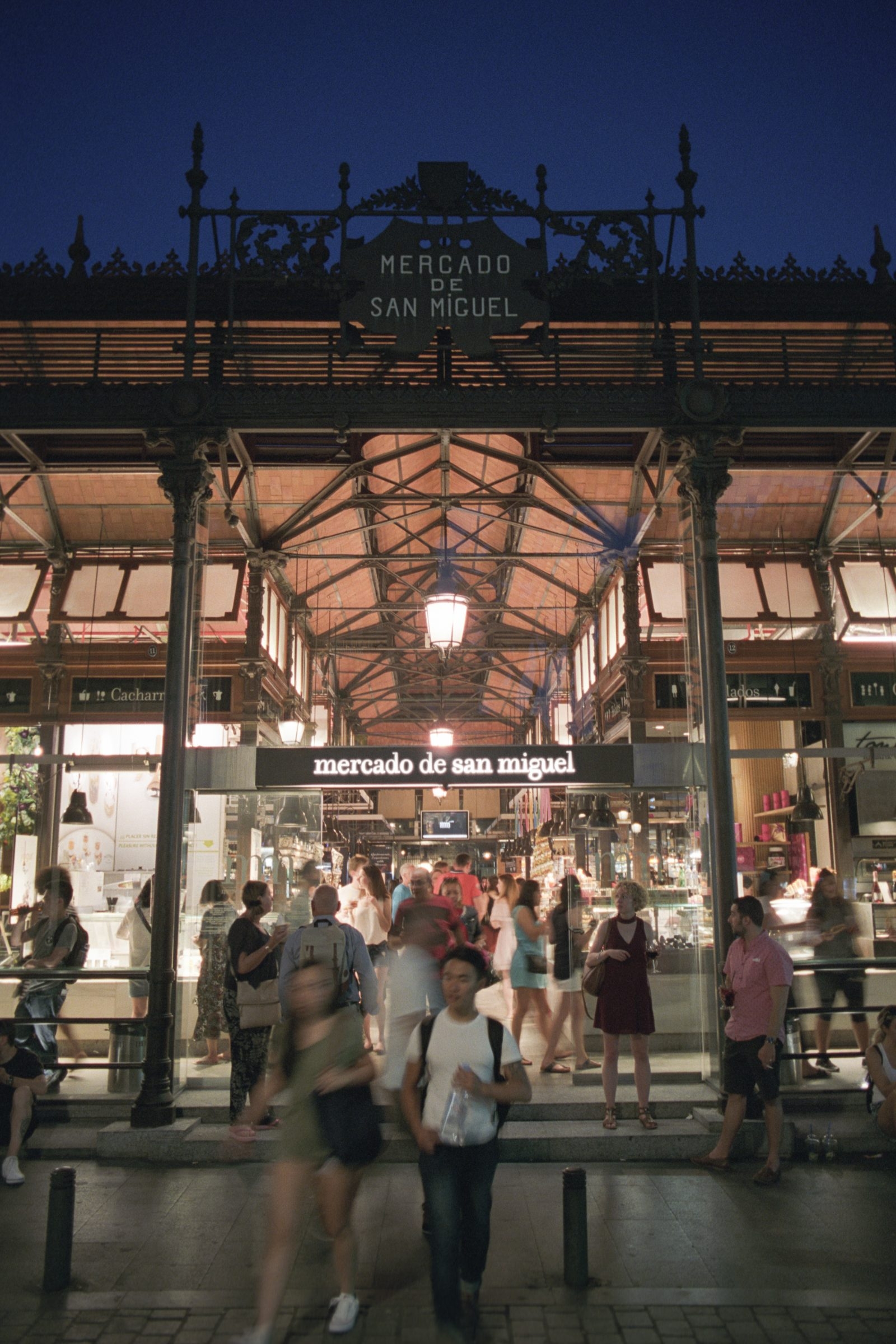 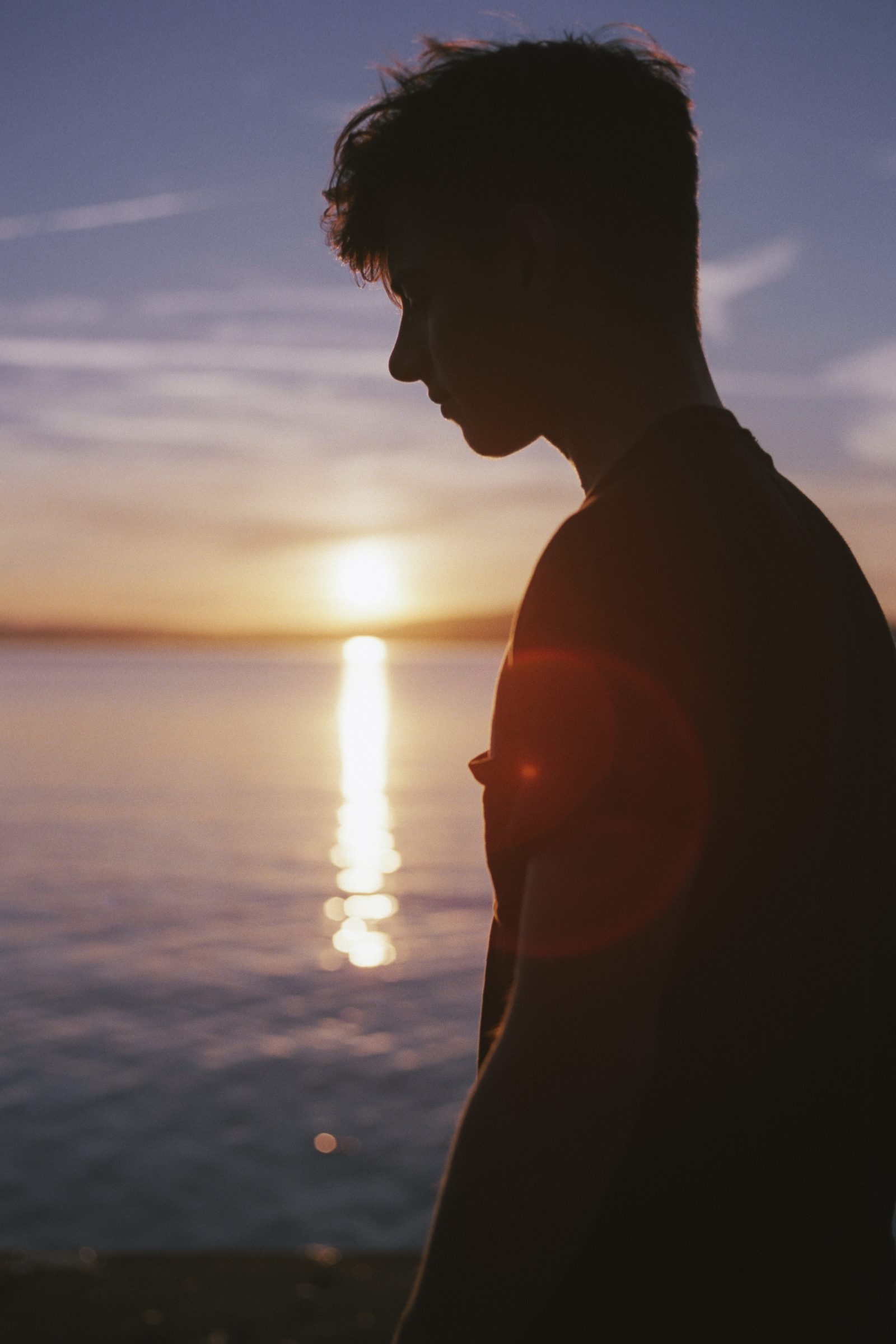 The film advance lever is made of a plastic, something I thought ‘bad’ when I first picked an R8 up, in retrospect I think it’s good thing. It doesn’t get too hot in summer, and it doesn’t get too cold in winter. The plastic of the film advance lever is ergonomically shaped so your thumb holds it nicely when in the ready postion, but also has a little indent for your thumb when you have it in it’s retracted postion. This is designed this way because when you use the electronic winder, motor-drive, or Digital-Modul-R (DM-R) you don’t need to use the film advance lever.

Below the multiple exposure switch you can find the rewind button, press this and you can rewind the film back into it’s film cassette with the rewind crank.

On the left beside the viewfinder there is a little lever which you can push in, and move upward or downward for half stop exposure compensation. It’s one of the best EV compensation methods I’ve found on any camera and I wish Leica would have brought this over to the Leica S series, a camera system that I feel has adopted a lot of the design features of the Leica R8, and R9.

On the back of the door you find a small LCD display that shows the amount of exposures made, and the battery level. Below it is a little latch that hides 4 buttons, two to control ISO and two to set the self timer at 2 or 12 seconds. The manual ISO range goes from 6 till 12800. If you want to use the DX code from your film cassette you have to go one step further than ISO 12800, It will then show the text “DX” in the display instead of “ISO” and show the appropriate ISO value below it. If you manually select an ISO value that differs from the DX code of the film cassette in the camera it will show ± inside a small triangle warning you that you are over or underexposing the film. With me this is by default showing because I usually use Kodak Portra 400 and rate it as 200. 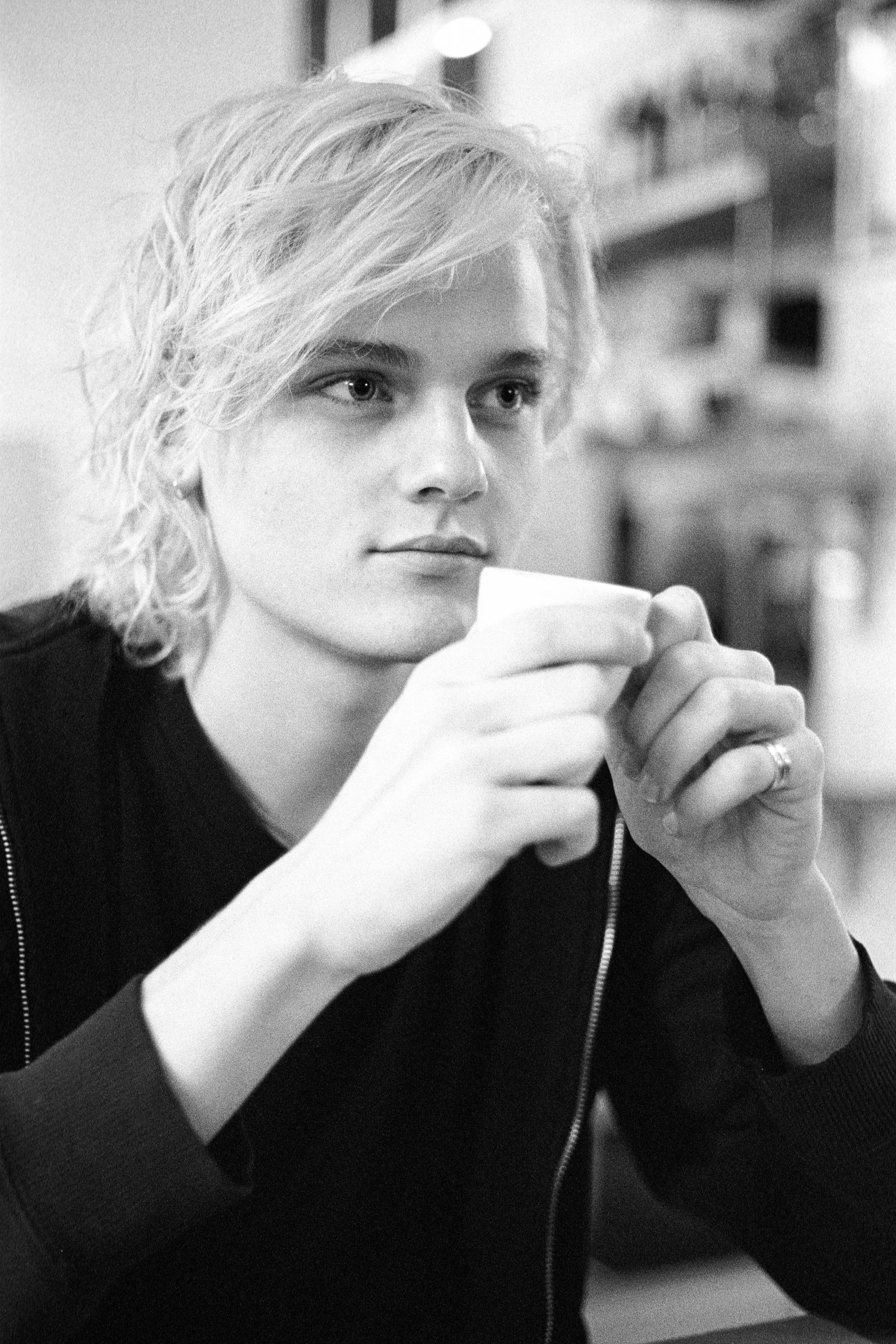 On the front of the camera you can find the depth of field preview lever which is nicely positioned and easy to control with the middle finger of your right hand without having to lift your index finger from the shutter release button. The depth of field preview lever is also used to trigger measurement flash when in F mode to take a TTL measurement of the flash power.

Below the depth of field preview lever we find the lens bayonet release button, it’s easy to depress but not by accident so all in all designed nicely I’d say.

The bottom switch selects the flash synchronisation curtain, I for start of exposure and II for end of exposure. Also within the switch behind a little cap (That many R8s and R9s you see for sale online are missing.) you will find a flash PC Sync port. 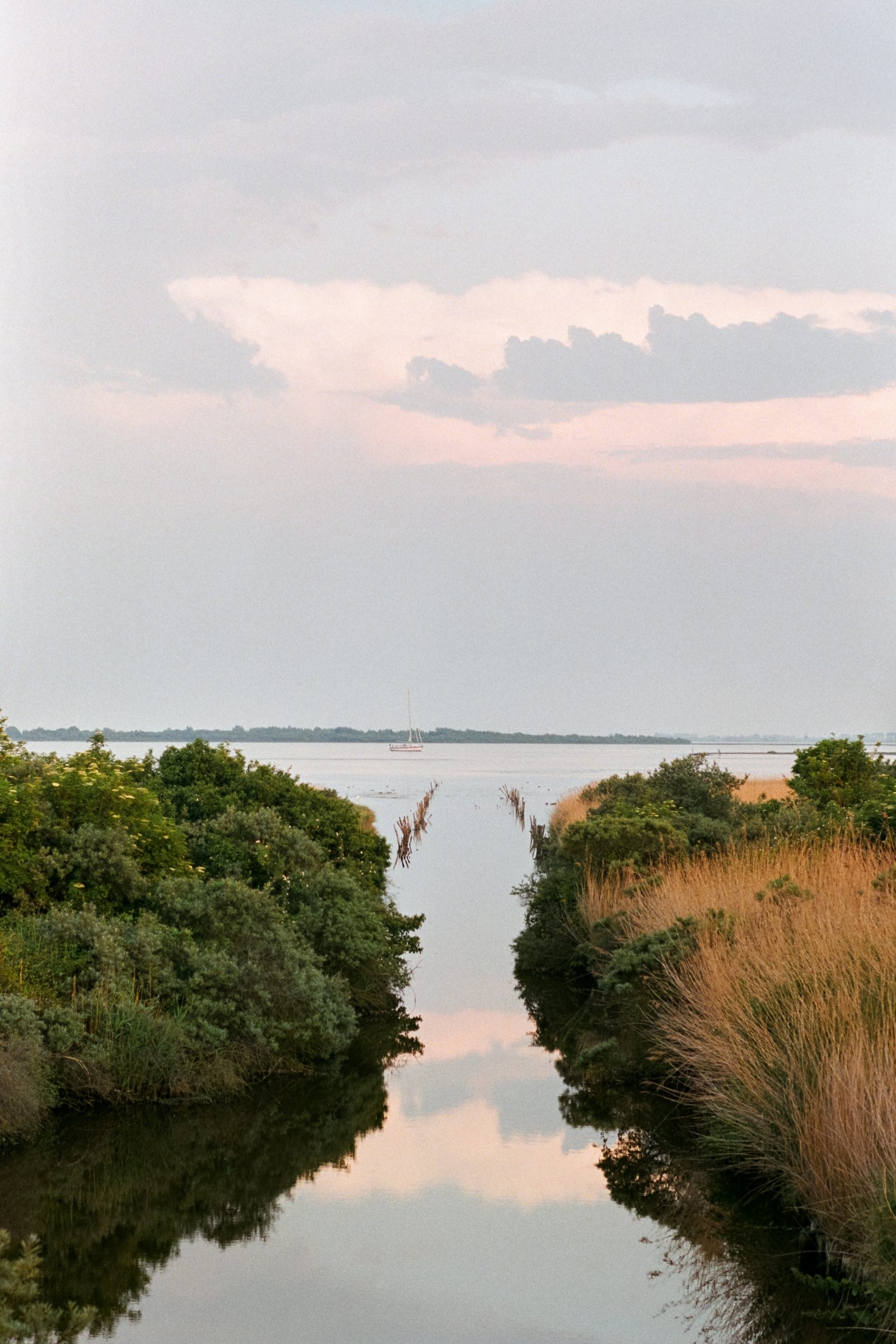 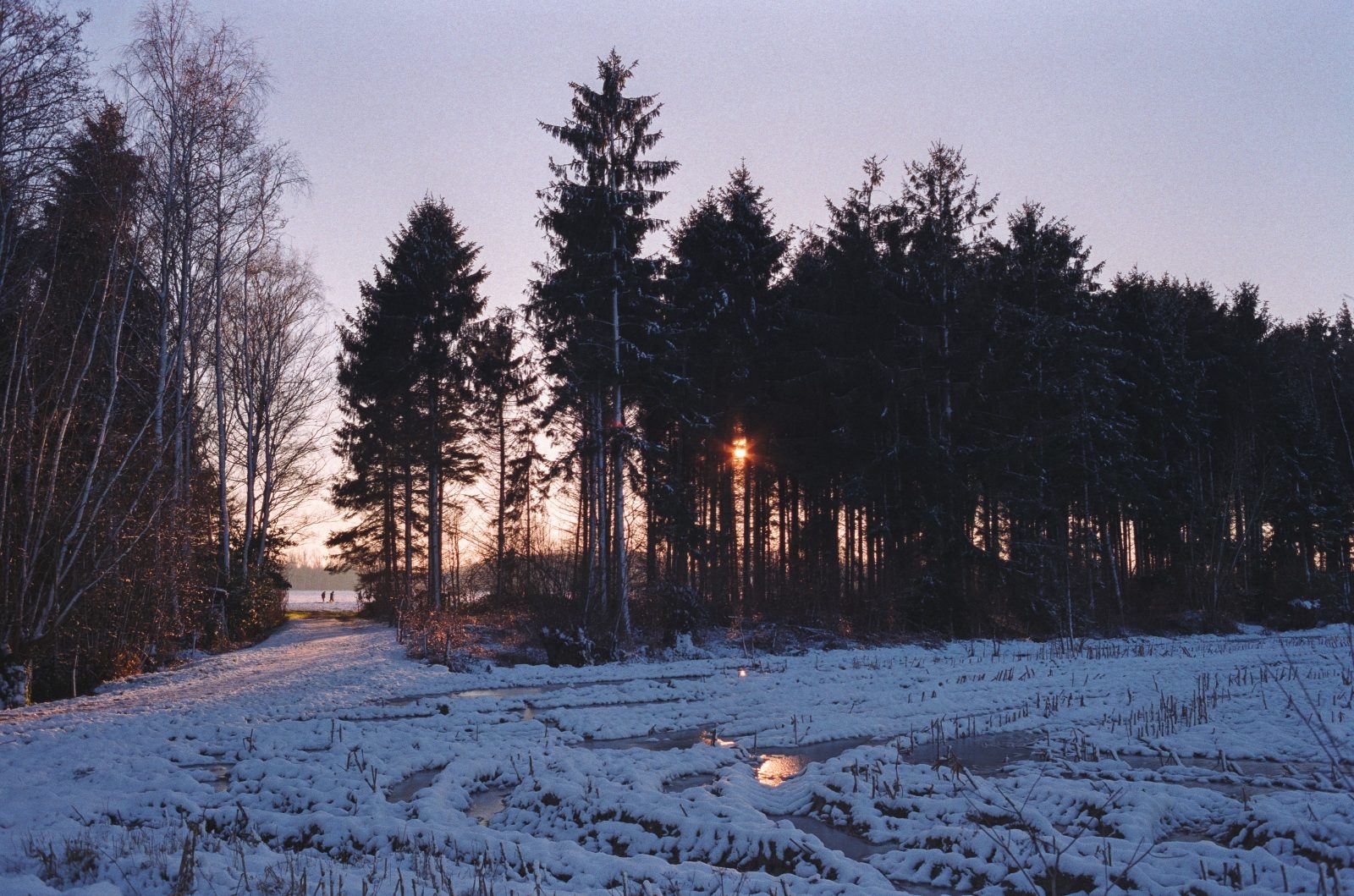 The Leica R series of cameras have many, many more lenses available than the Leica M or S or SL system has, or ever will have I might dare to say.

The total lens lineup consists of 69 lenses if I’m not mistaken and range in focal length from 15mm super wide angle all the way to 800mm (without extenders).

Not all lenses are of great quality however, many were cheap Minolta or Sigma designs badged with a Leica logo. I think to keep the Leica R system cheap to get into. The zooms were in the beginning never of Leica design, but always sourced from other manufacturers. Later zoom lenses were however designed and made by Leica and these are possibly the best zoom lenses you can purchase, even today!

To name a few legendary zoom lenses that are unbeaten even today.

Also in the range of prime lenses the Leica R lenses were often better than their Leica M equivalent counterparts from the same era. But of course also bigger and heavier, more space for more optical glass, to reduce more optical aberrations one might say.

Not all of these would have Leica M mount counter parts but it is fair to say that the above named lenses were all better than the Leica M equivalents from the same era, and some haven’t been surpassed by newer Leica lenses, even today. 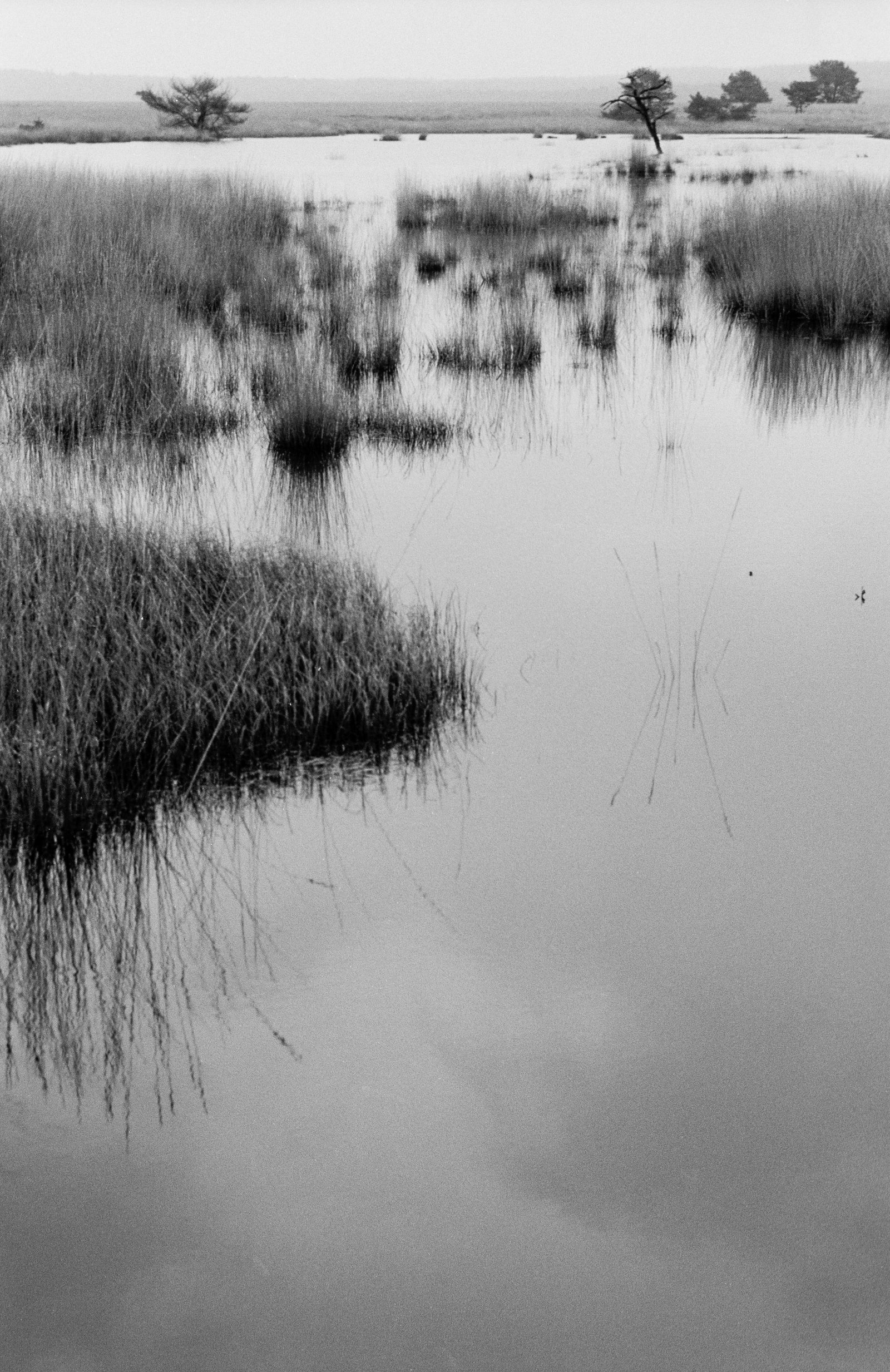 Personally I’m a big fan of the Summicron-R 1:2,0/50mm V2 because it’s super lightweight at only 290 grams but still handles nicely on the fairly big Leica R8 body. It’s my go to lens and many photos in this article have been taken with that lens. Then again I am a person who loves photographing with a 50mm lens so I might be biased.

Beside that one of my other favourites is the Summilux-R 1:1,4/80mm for it’s nice and ‘short’ portrait lens focal length, or maybe even a ‘long’ standard lens focal length. I can write and tell a lot about this lens, but I have written a dedicated article about it a few years ago, so if you’re curious to read more about it you should take a look at that article here. It is however in my opinion the nicest balancing lens on the R8, it’s almost as if the body and lens were made for each other.

Beside these two all time favourites of mine for the R system the Elmarit-R 1:2,8/28mm V2 is an amazing lens which just outperforms any 28mm lens I’ve ever used, take that with a grain of salt and read on. Not only is it technically really good, MTF curves etc. But it’s also just very versatile, it’s lightweight, close focusses at 0.3m which makes it great for dramatic close ups of a broad range of subjects! So no it’s not as good as the Summicron-M 1:2,0/28mm ASPH. which I’ve used a lot on the Leica M or not even as sharp as the Elmarit-M 1:2,8/28mm ASPH. for Leica M when being really critical but the Elmarit-R 1:2,8/28mm V2 is just so much more versatile. Of course different systems etc. But If you’d want to get this lens to use it on your Leica R8 and also maybe on Leica SL or Sony A7 etc. it’s a better choice than the Leica M lenses. 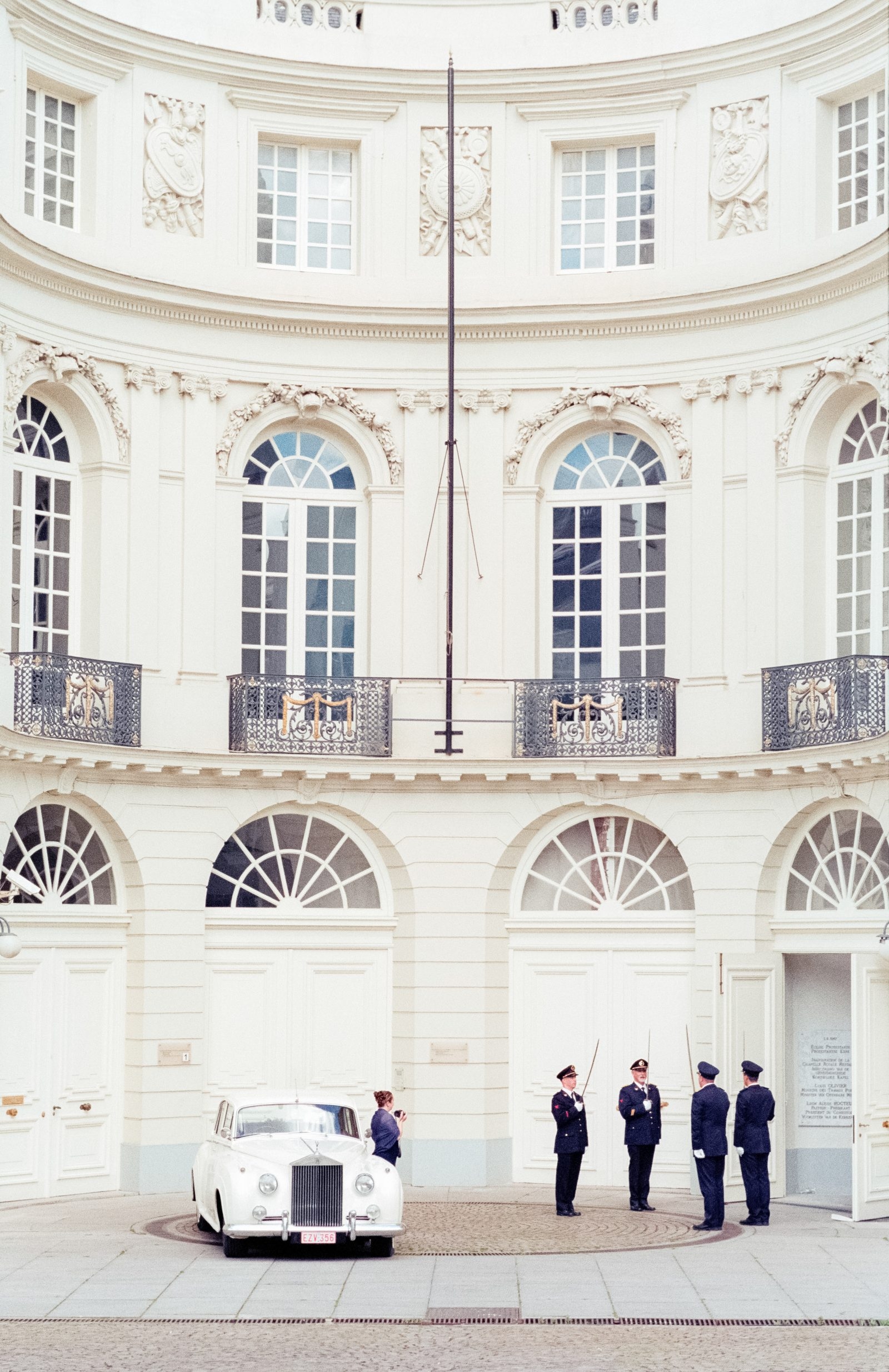 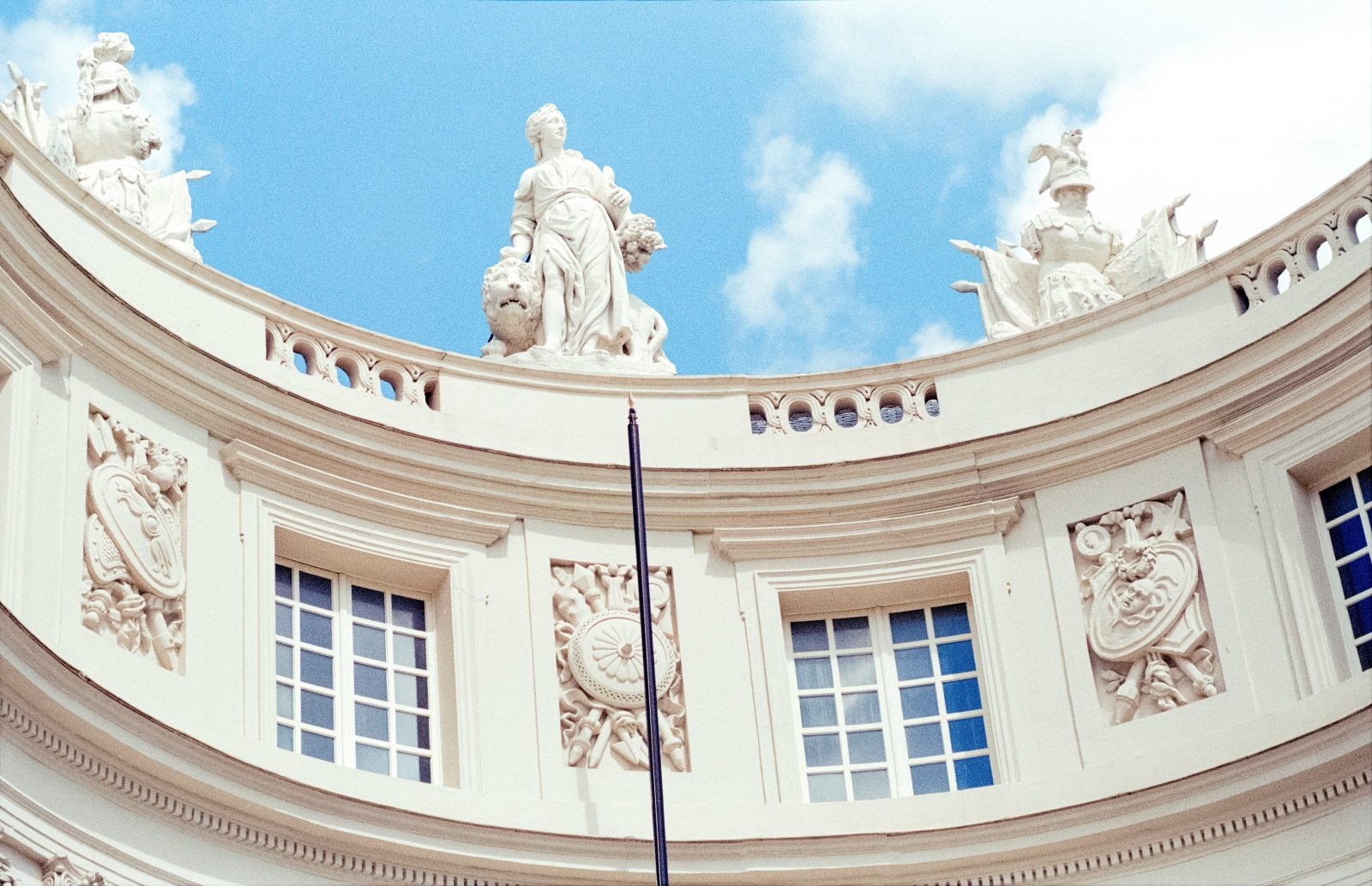 Beside these there were also exact copies of them available with frame lines showing the crop area of the APS-H sized Digital-Modul-R digital back. 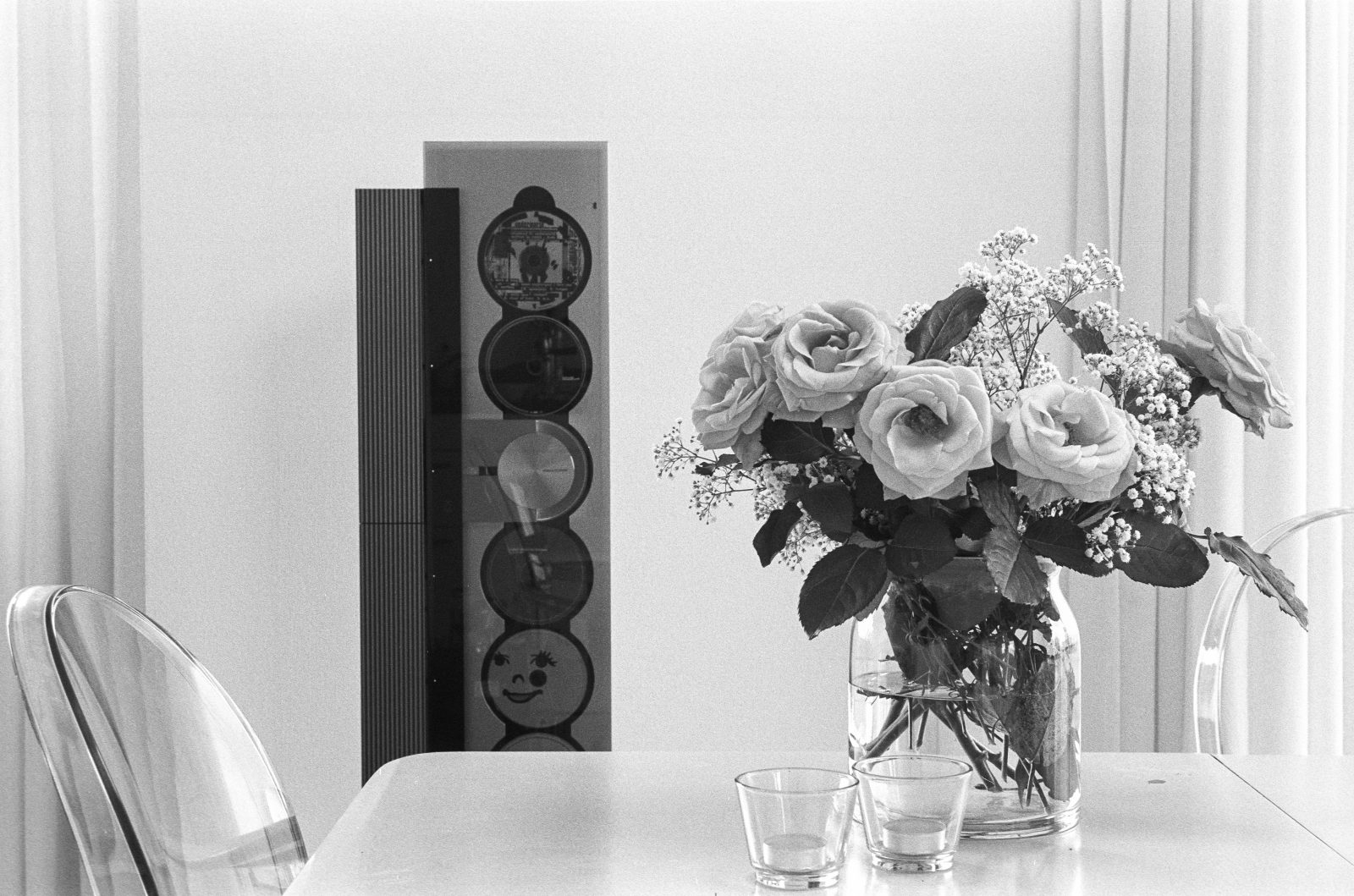 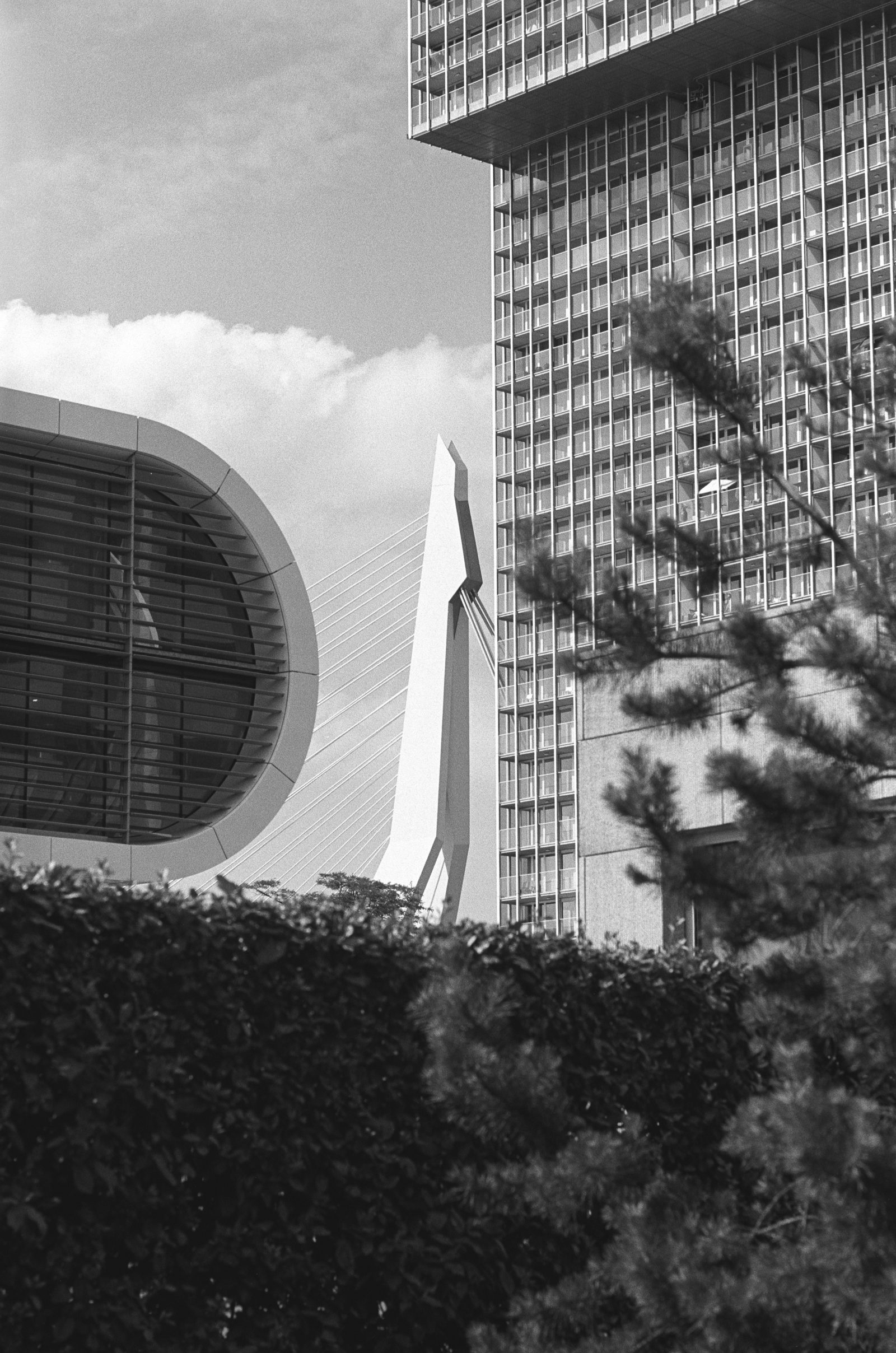 The viewfinder itself is very bright, with a slight greenish/cool tint to it. It has a magnification ratio of 0,75* with a 50mm lens and has a coverage of 93% of the film area. So you will always get a tad bit more on your film than the viewfinder shows. Something that was quite common back in the day, where as now a days the coverage of DSLRs is usually between 96% and 99% with 98% being the most common in professional systems.

At the bottom of the viewfinder you find a LED display strip in either Green or Cyan/Blue depending on the age of the camera. The later camera’s have green, while some earlier ones had cyan blue LED displays. The Display is uncluttered and just shows what you need to know, unlike SLRs from Canon and Nikon from the same era and now a days. The LED strip adjusts brightness automatically depending on how bright or dark the scene is where you are pointing your camera at. I think it measures it through the lens, and uses the light meters information to adjust the LED strip’s brightness. 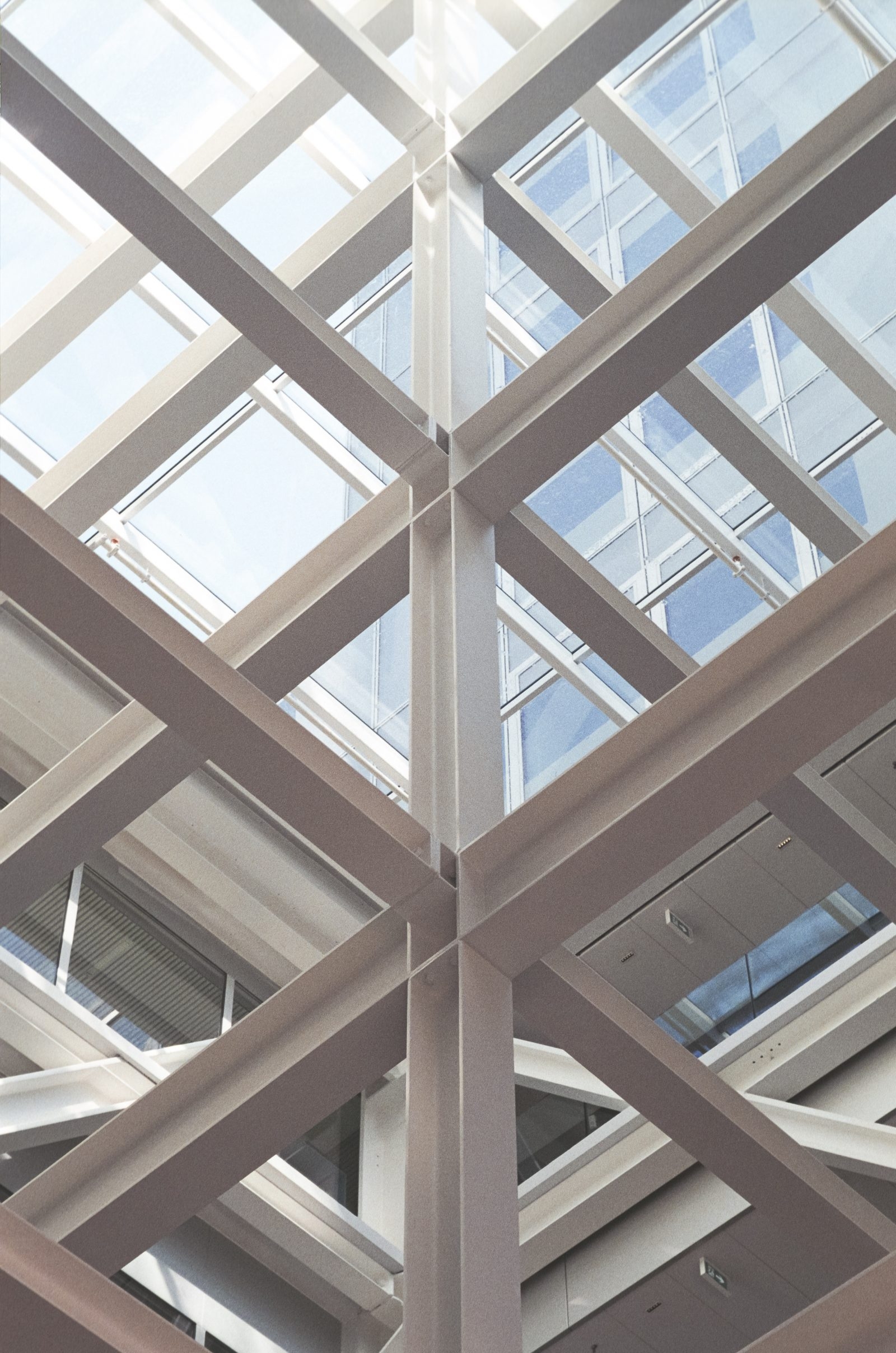 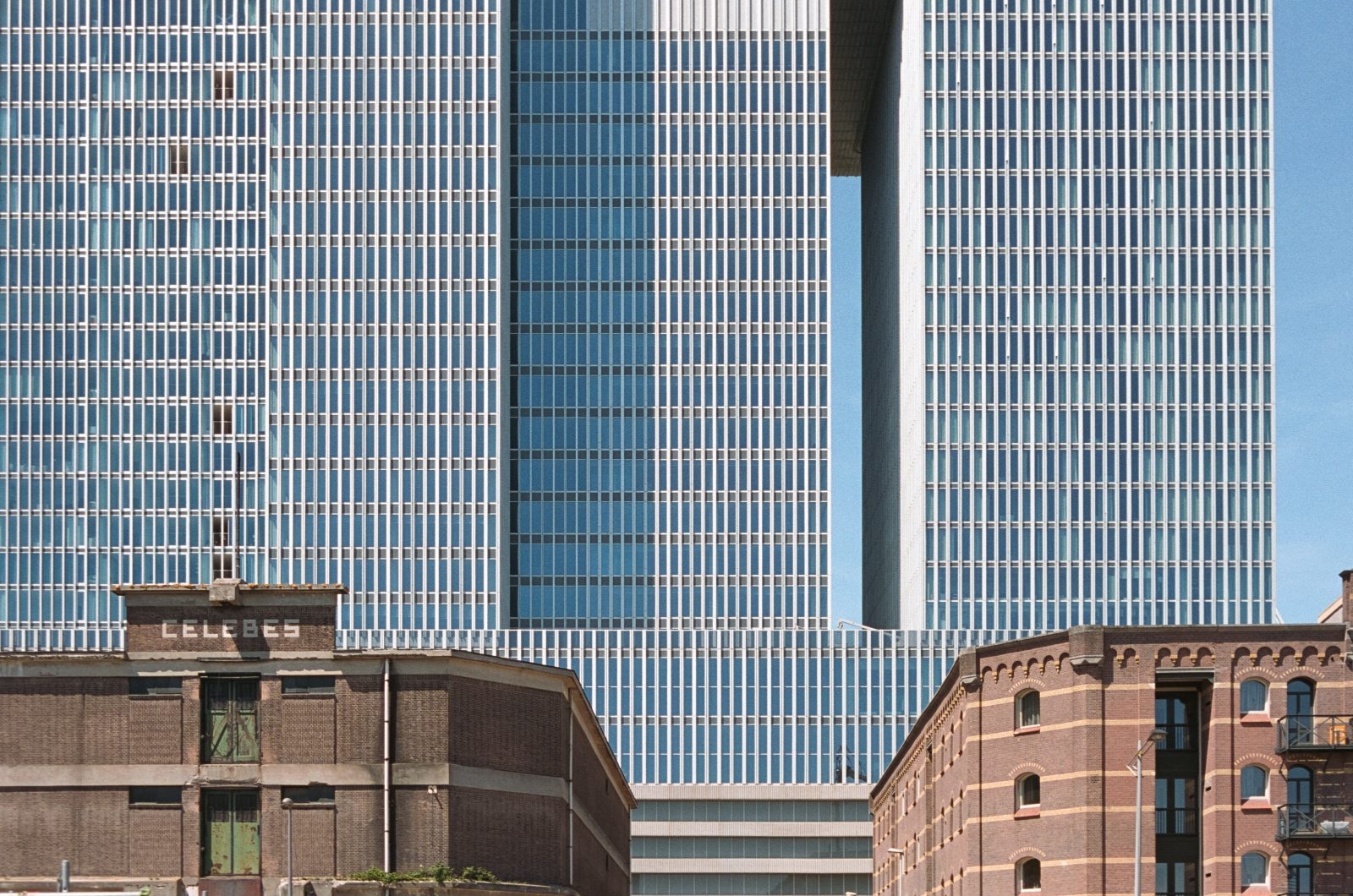 As you would expect from a Leica product the R8 feels like tank, it’s quite heavy, and has a stainless steel rubberised bottom, magnesium alloy body, and zinc alloy top cover. It’s an all metal body with some rubber or plastic parts. But the gut of it is all metal. The lenses are equally well built, especially the prime lenses.

I have nothing to possibly complain about when it comes to the build quality of the Leica R8. With the Leica R9 they replaced the stainless steel bottom for aluminium and the zinc alloy top got replaced with a magnesium cast top. This saved 100 grams on the Leica R9 (790 grams) compared with the Leica R8 (890 grams).

My exact copy is a Portuguese build version of the R8 from 2001, one of the last to be made. I never think that it’s old but it’s gaining age of course for a electronic device. I hope it will last me a long while still, but if it would ever break I would search for a new or mint Leica R8 or Leica R9 and continue as if nothing ever happened. The cameras are fairly priced now a days. Much cheaper than equally old Leica M models. 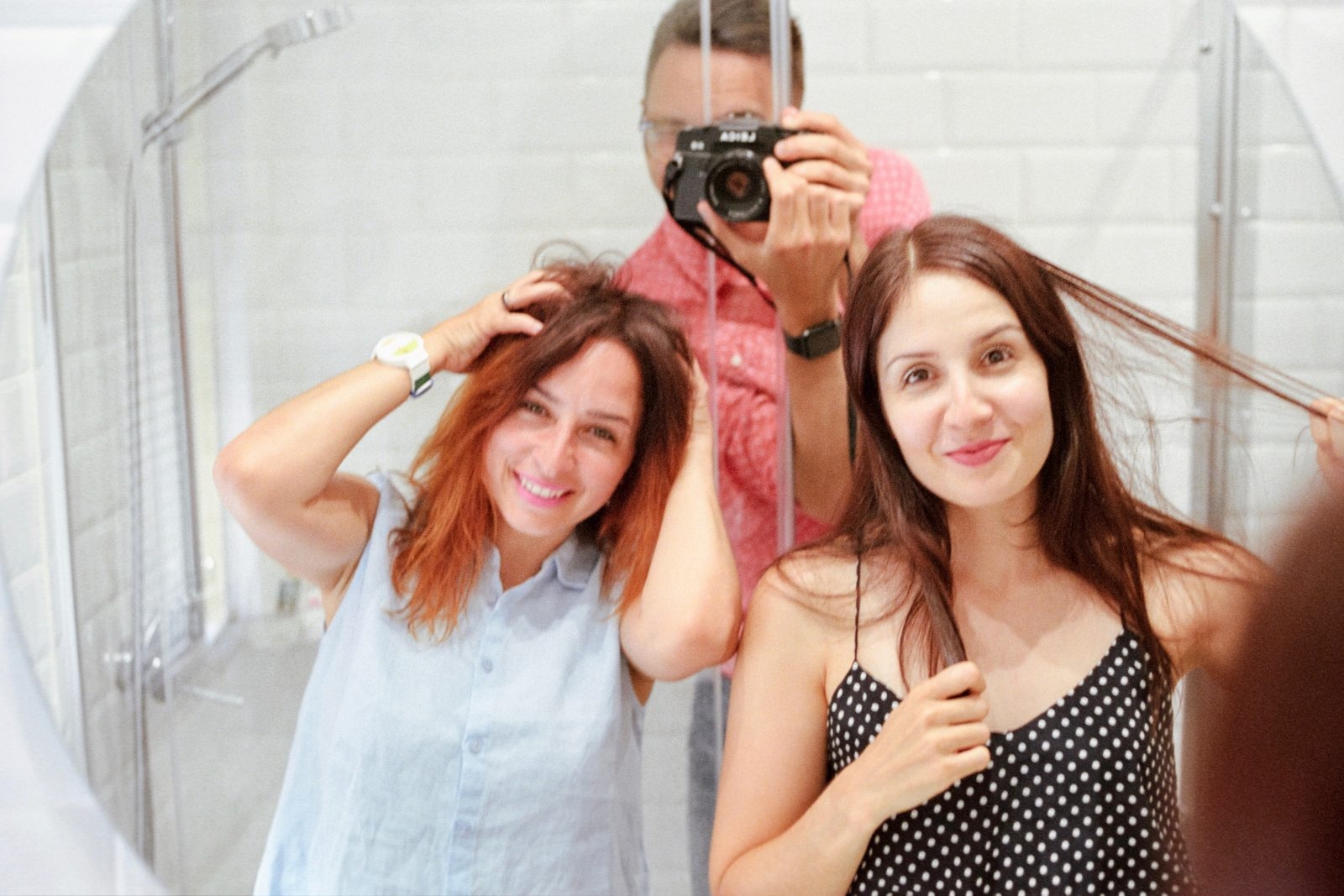 One thought on “Leica R8”