Introduction to the medium format, mirrorless and weather sealed camera by Hasselblad 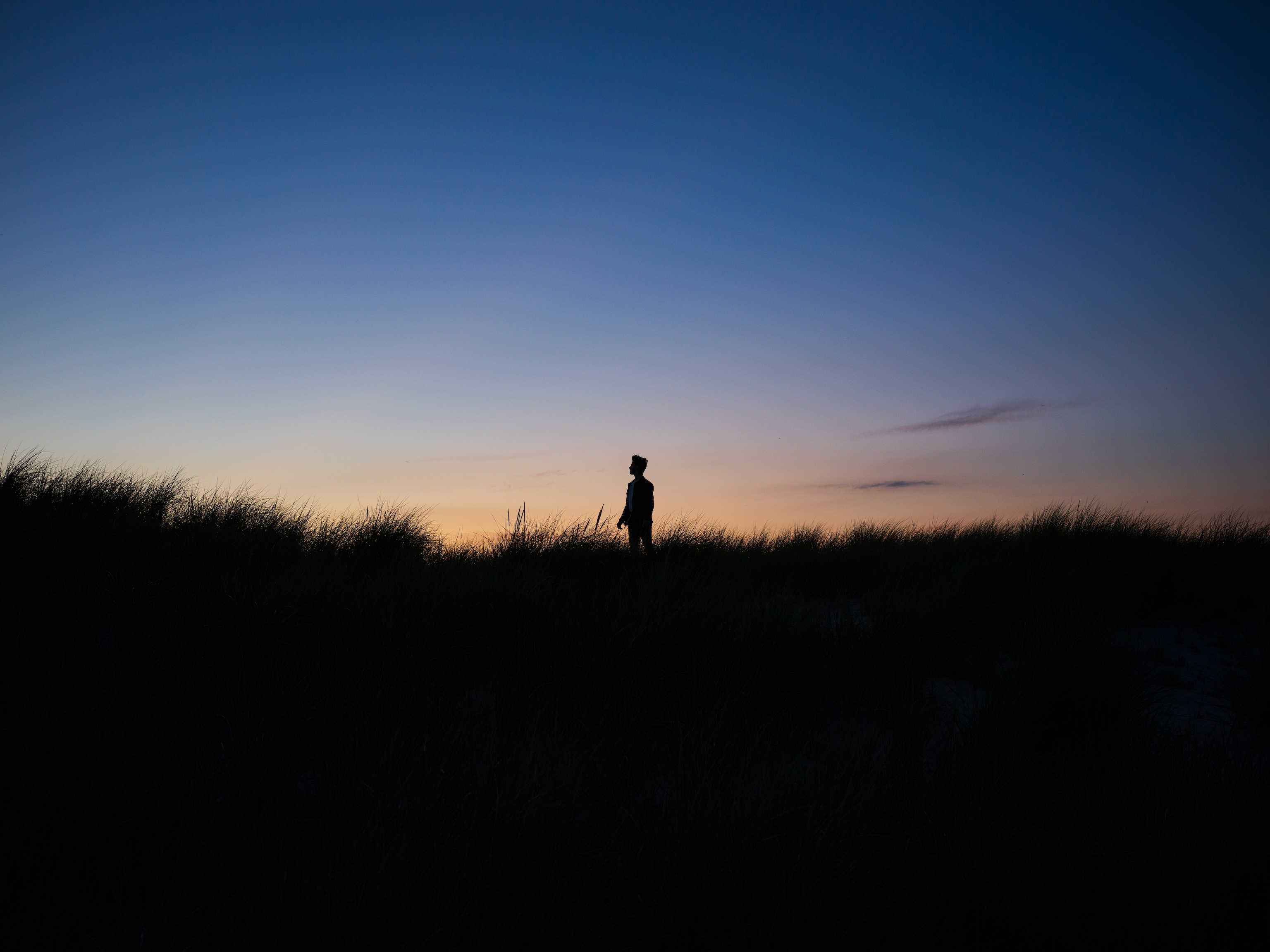 After reading about some of the camera’s specifications, I became really excited: a 14+ stop dynamic range sensor, 50+ megapixels, all in a compact and lightweight form factor. But after I learned about the low refresh rate of the LCD and electronic viewfinder of only 37 fps, I picked up my Leica S (Typ 006), which has one of the best optical viewfinders I’ve ever seen on a camera, and forgot about the X1D for a while.

What appealed to me, however, about the X1D was the compactness of the camera and its design philosophy. There is something I despise about most camera brands after having used Leica bodies for years: unnecessary functions and consumer targeted features. Less is more. However I did keep following up on the Hasselblad X1D developments now and then. I liked Hasselblad their continuous improvement cycle regarding the software of the camera. This is something Leica has never had under control with any of their cameras, in my opinion. 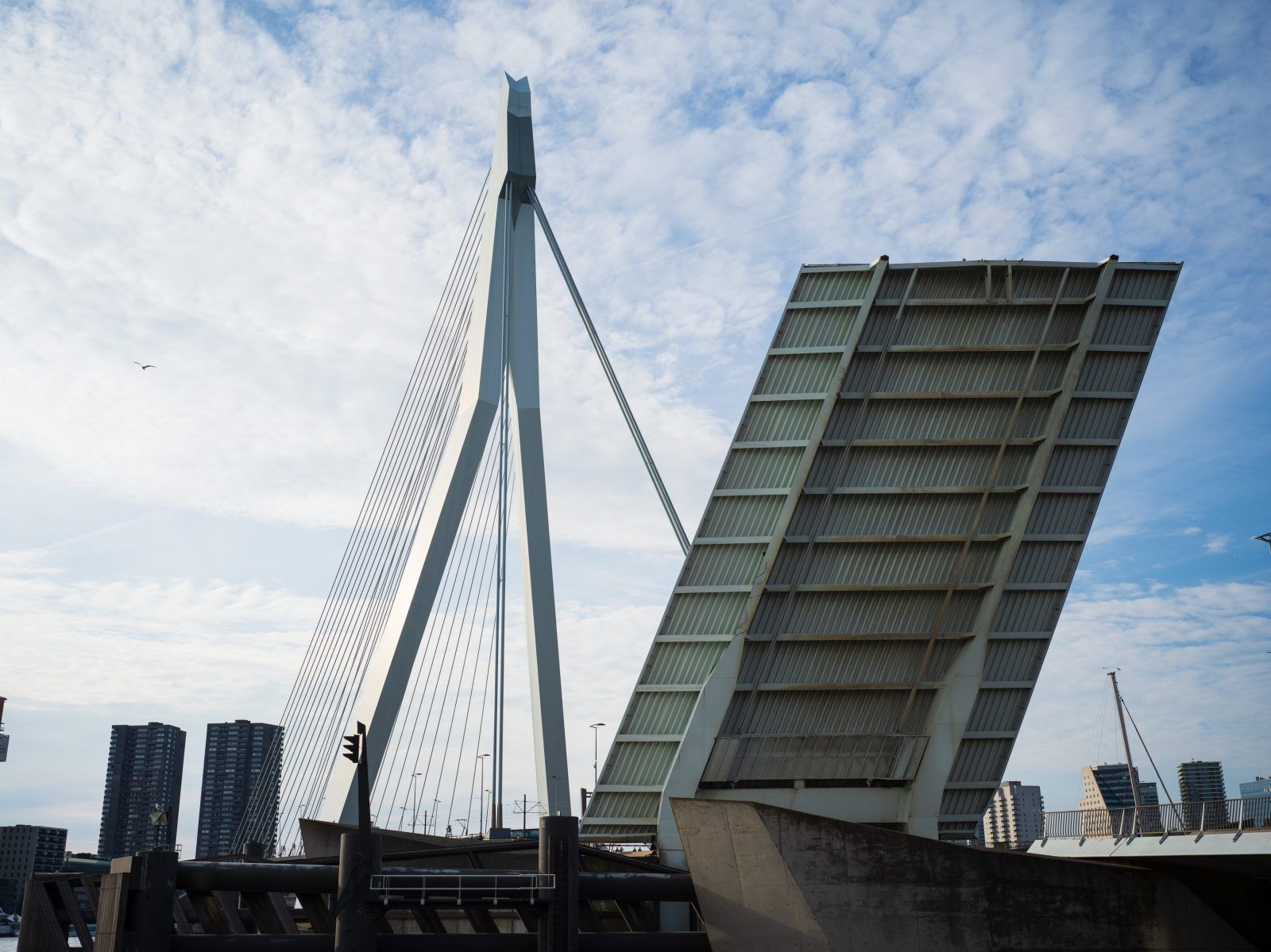 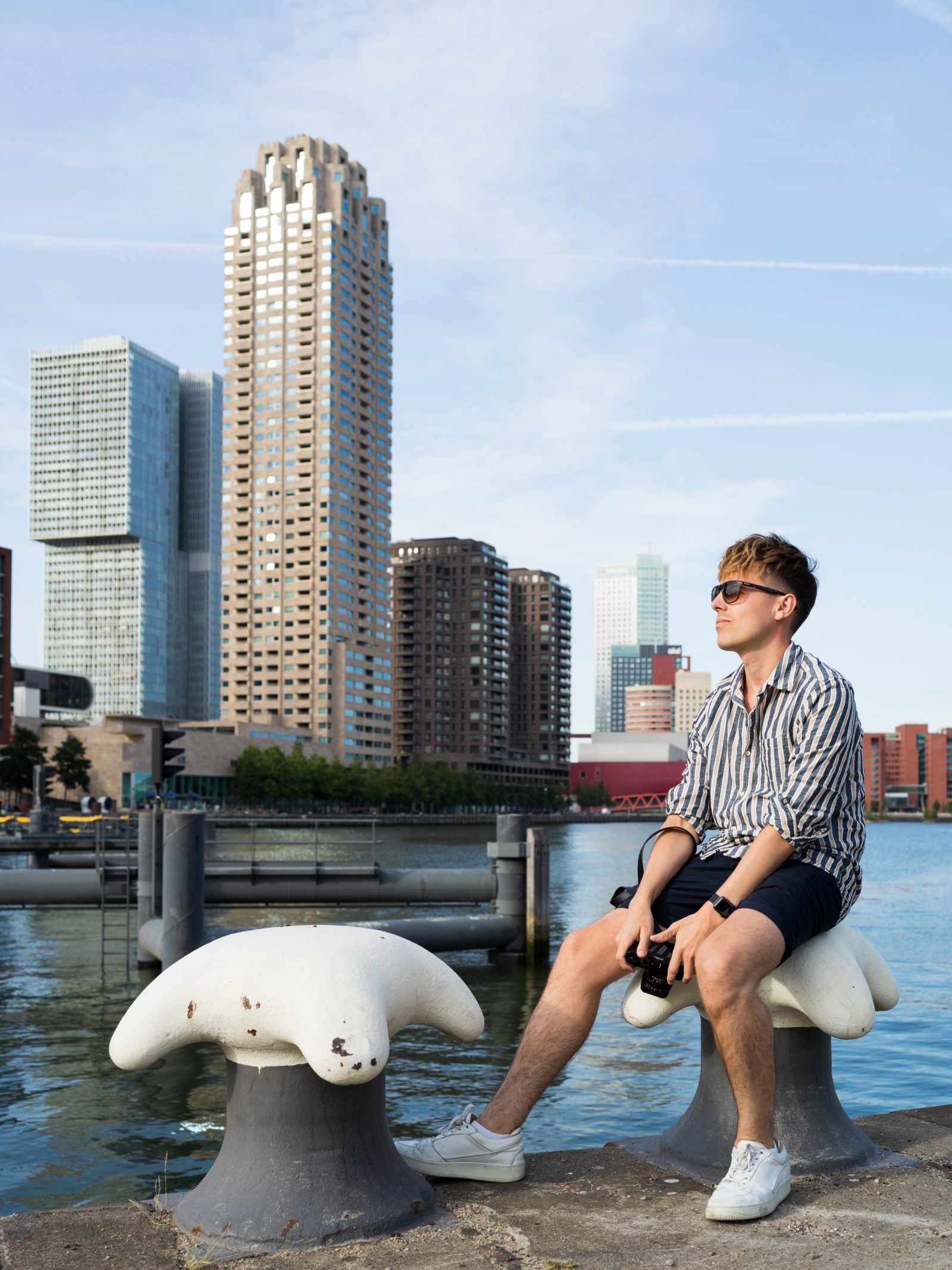 Fast forward to 2020 and I found that the X1D II solved most of the problems of the X1D that kept me from purchasing it back when it was initially released in 2016. All of this, at a lower price point as well.

Now this might sound shocking, since all of the articles I’ve written on this website have been about Leica cameras and lenses. And I must admit, it did feel a bit strange… because the first camera from a brand other than Leica since 2011, when I bought my first Leica (the M8), was nearly 10 years ago!

The reason I feel the Hasselblad X1D II can be a good camera for me is that its aesthetic and philosophy, although different, has the same philosophy at its core: less is more. The X1D II has a super easy to use and non intrusive interface, both digitally and physically. Unlike the similarly priced and spec’ed Fuji GFX cameras which like most Fujis is filled with menus and buttons I will never use. Maybe it’s me, but I just cannot enjoy cameras like that. But I’m sure it works for others who are less overwhelmed by Fuji’s design choice both hard- and software wise.

Now as stated above, the real reason I initially looked at the Hasselblad X1D is that it’s compact, and gives amazing, flexible files to work with, with stunning colour accuracy. It seems the X1D II could just be the most amazing compact medium format camera there is, for me at least.

Then when Hasselblad released the XCD 4/45P, I was sold. It made the already compact camera even more compact by adding an almost pancake style lens to the lens line-up.

I went to buy the camera and as luck would have it, it was sold out everywhere. Some stores had the body but none of the camera stores I usually go to had any lenses in stock. Luckily, Andreas Fuchs from Fuchs Foto Video here in Zürich was kind enough to sell me a body, and lend me a demo XCD 3,5/45 until my XCD 4/45P will arrive. I’m still waiting, and it seems like Hasselblad is having some trouble cranking up the lens manufacturing. 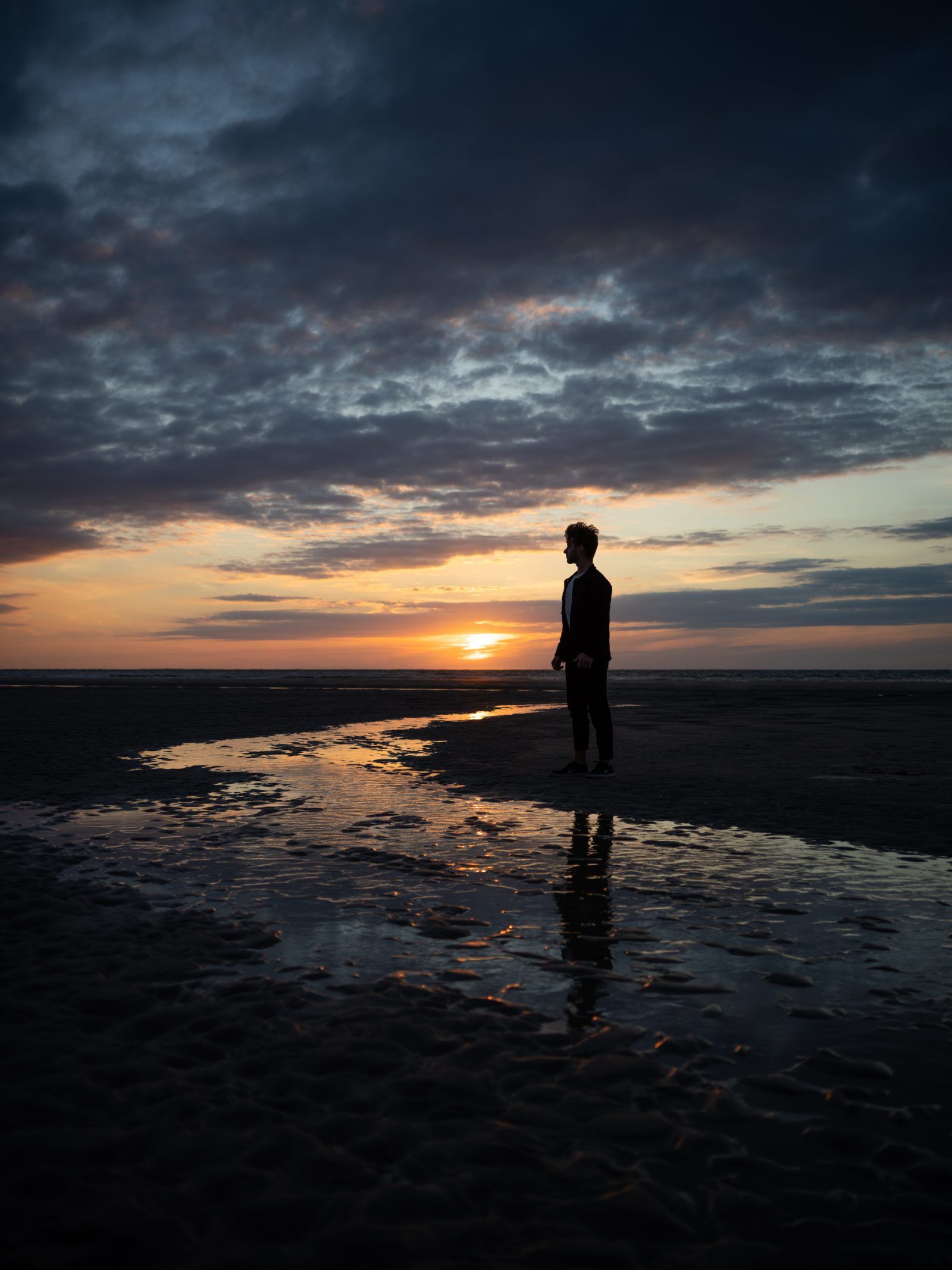 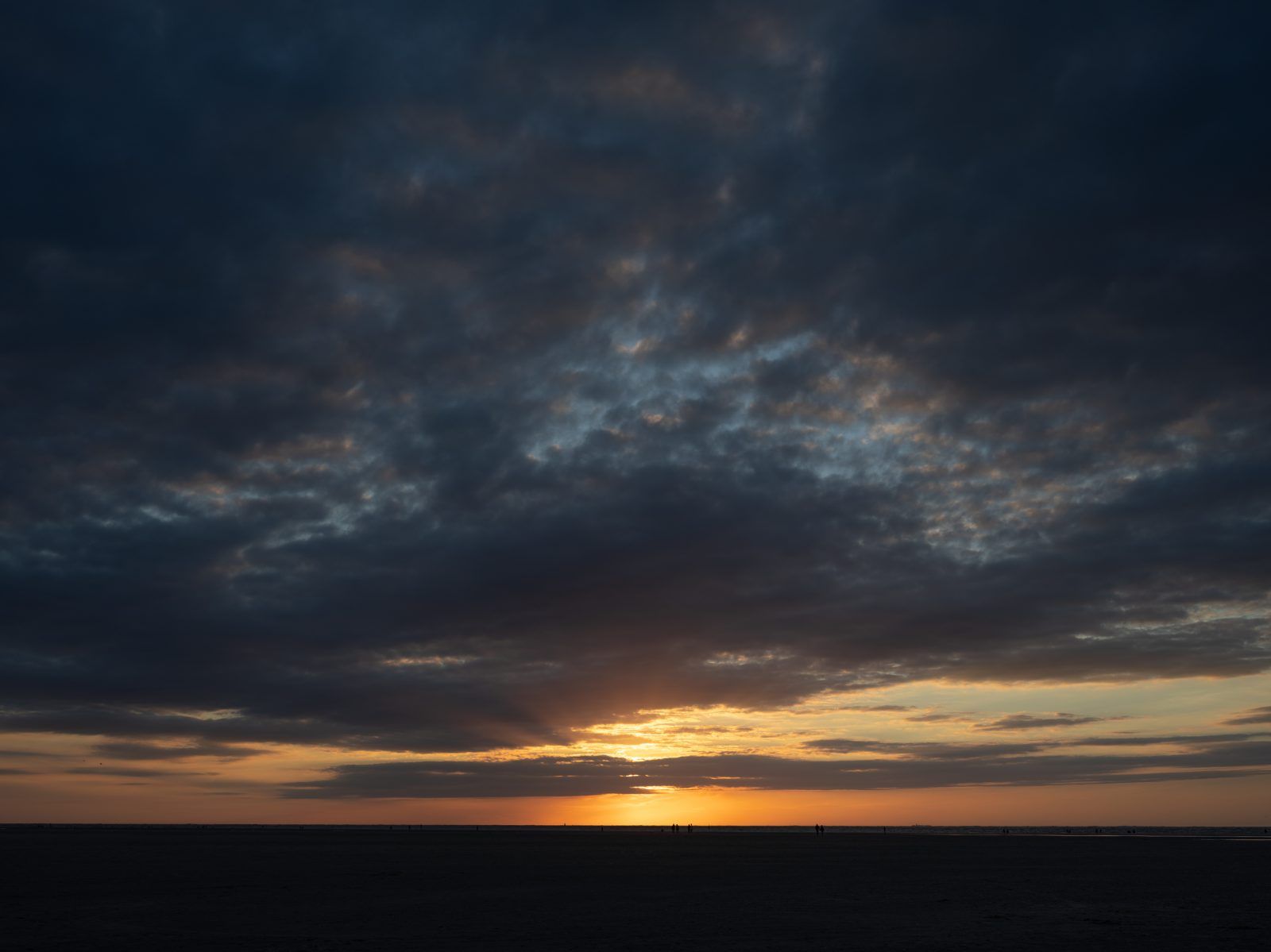 Getting used to the Hasselblad

For me the biggest things to get used to with the Hasselblad X1D II compared to the Leica S (Typ 006) were: the touch screen, the shutter release button having two steps instead of three, and the image format being 4:3 instead of 3:2.

I got used to the touch screen really quickly, it’s big, bright and the touch interface is as fluid and responsive as on an iPhone. Which says a lot, to be honest.

The aspect ratio of the sensor is, in one way, not a big problem, but on the other hand, the difference between these two systems that may take the longest to get used to. The difference is not big enough to really be noticeable, yet it is. When reviewing my images afterward, I’ll sometimes look at the image awkwardly and think that something isn’t right. In some scenes I have trouble getting the 1/3 composition rule to be fitting properly. It‘s something that might take the longest to get used to compared to the other differences. Luckily, we can crop, but I try not to do this. 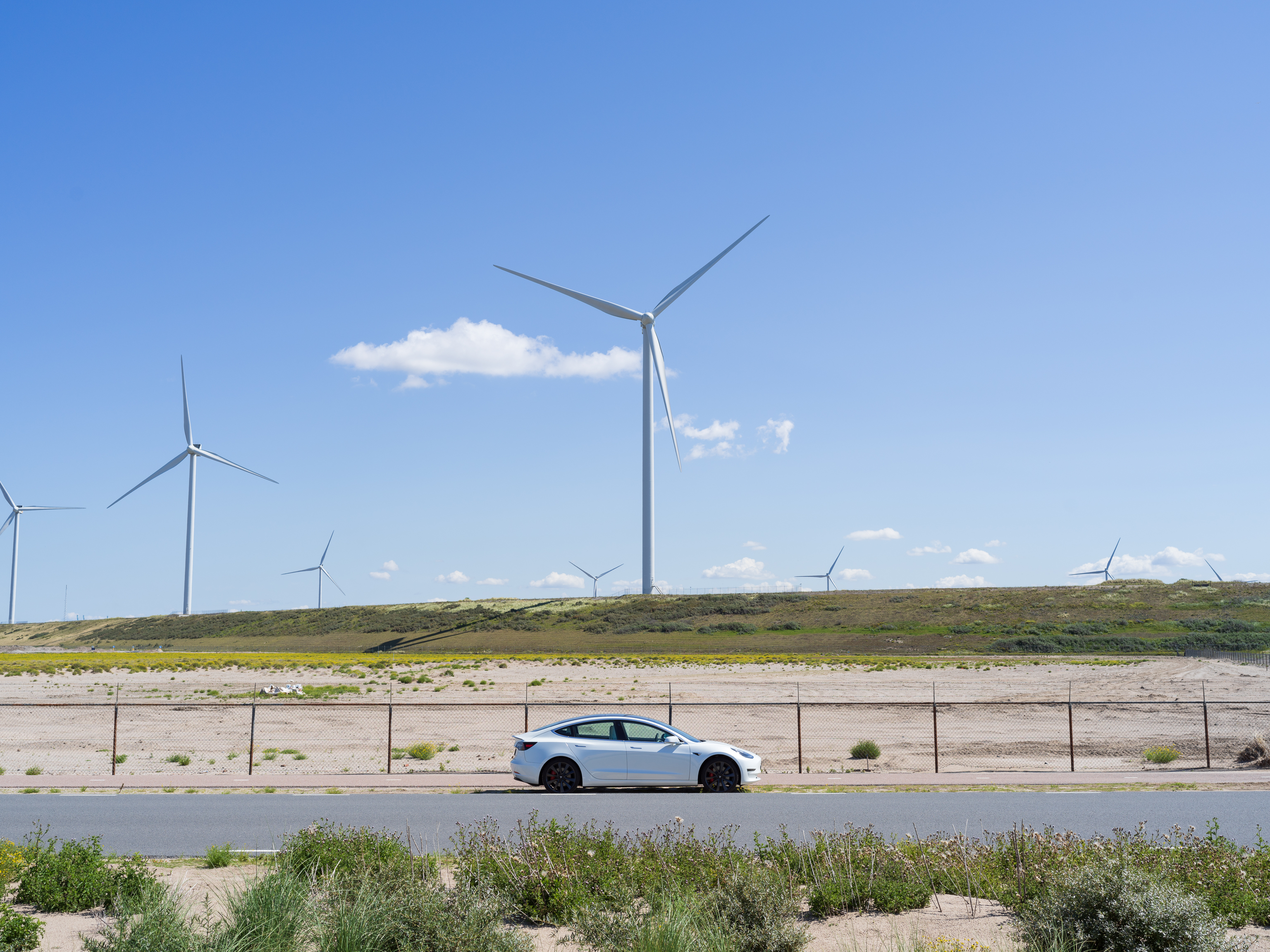 As of writing this article there are already quite a number of XCD lenses available for the X cameras by Hasselblad, ranging from ultra-wide to short tele. I think the range is about as big as it needs to be. For anything longer, there are great lenses available from other brands that can convert to the X1D. And as for focussing tele lenses accurately, I always like to work manually anyway.

The XCD lenses are all auto focus lenses with a manual focussing ring, the manual focussing is done fly-by-wire with no fixed start- or end point, however. This is a big NO for me. fly-by-wire lenses are something I really dislike, but can live with if the lens has a fixed closest and fixed infinity setting, like the Leica Q and Q2. The Hasselblad XCD lenses, however, have a forever turning ring so setting the correct focussing distance can not be done by feel, but only by carefully monitoring the rear LCD or viewfinder. The only lens (as far as I’m aware) that has true mechanical coupling to the lens elements is the XCD 4/45P (the lens I have on order). 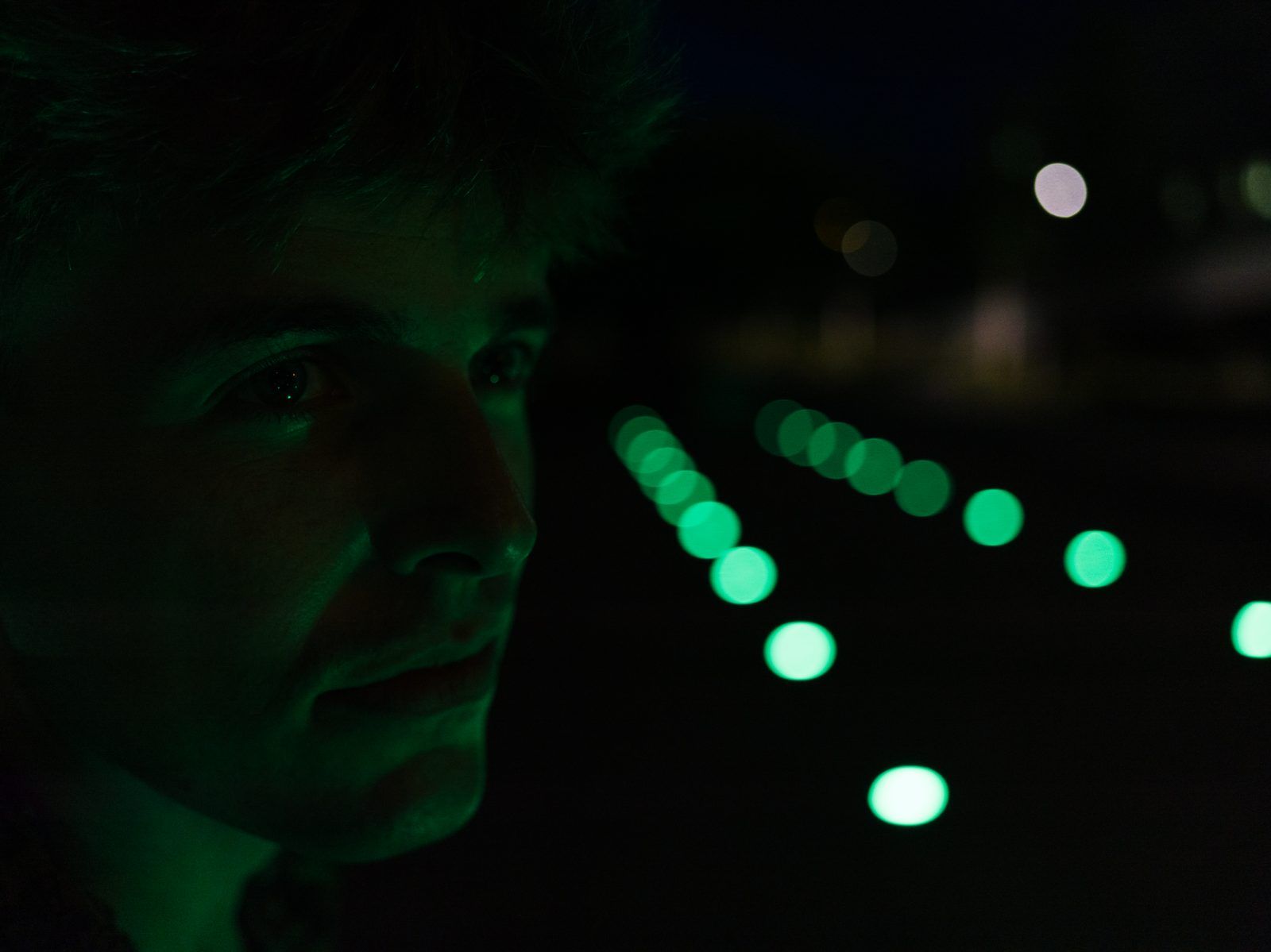 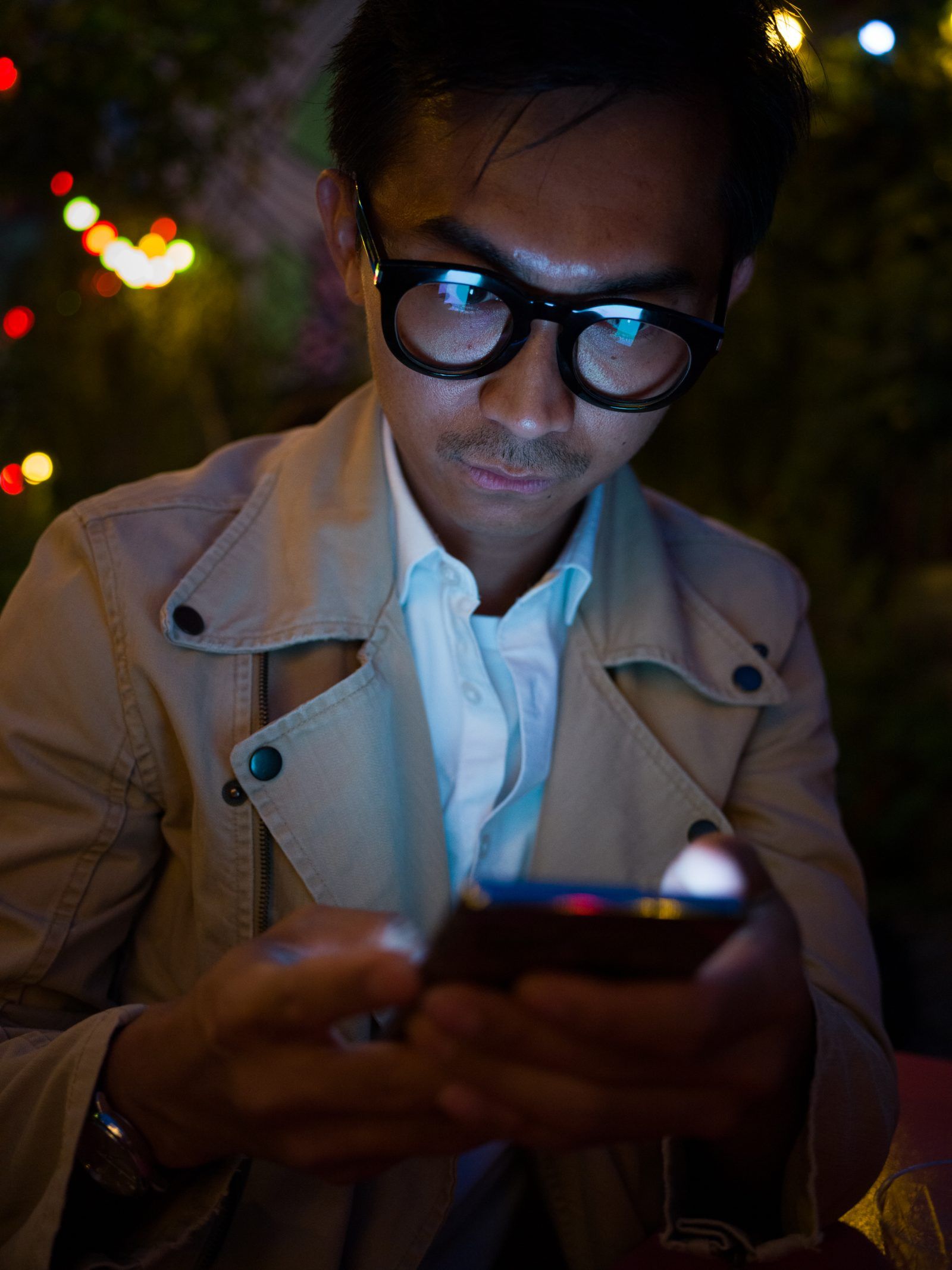 The Hasselblad X1D II comes with built in 5GHz WiFi. The camera works together with the Phocus 2 app on iPad and now on iPhone. Transmitting 100 MB RAW files takes only a few seconds, something that the Leica Q and Q2 try to do with the Leica Fotos app, but Hasselblad just does it and does it well. I can transfer 100+ files in under 6 minutes over WiFi from camera to iPad Pro and then import them into Lightroom CC to edit. Or I can edit them in Phocus 2 itself, but I haven’t really done this.

The camera comes with a USB-C and a USB-A power adapter with, of course, a USB-A to USB-C cable, just like a phone or laptop. There is no separate battery charger included with the camera, which is something that I personally love. I can charge the camera with my MacBook Pro, iPad, any USB-C charger or via a powerbank. Meanwhile, if I want to transfer files even faster than over WiFi, I can use a USB-C to USB-C cable between camera and iPad Pro and transfer the files in no time.

The camera has GPS, just like the Leica S (Typ 006) and later. I really thought this was a gimmick until I got the Leica S a few years ago. It’s so nice to see exactly where images are taken, and makes it possible to search for a location without needing to tag your photo files manually. 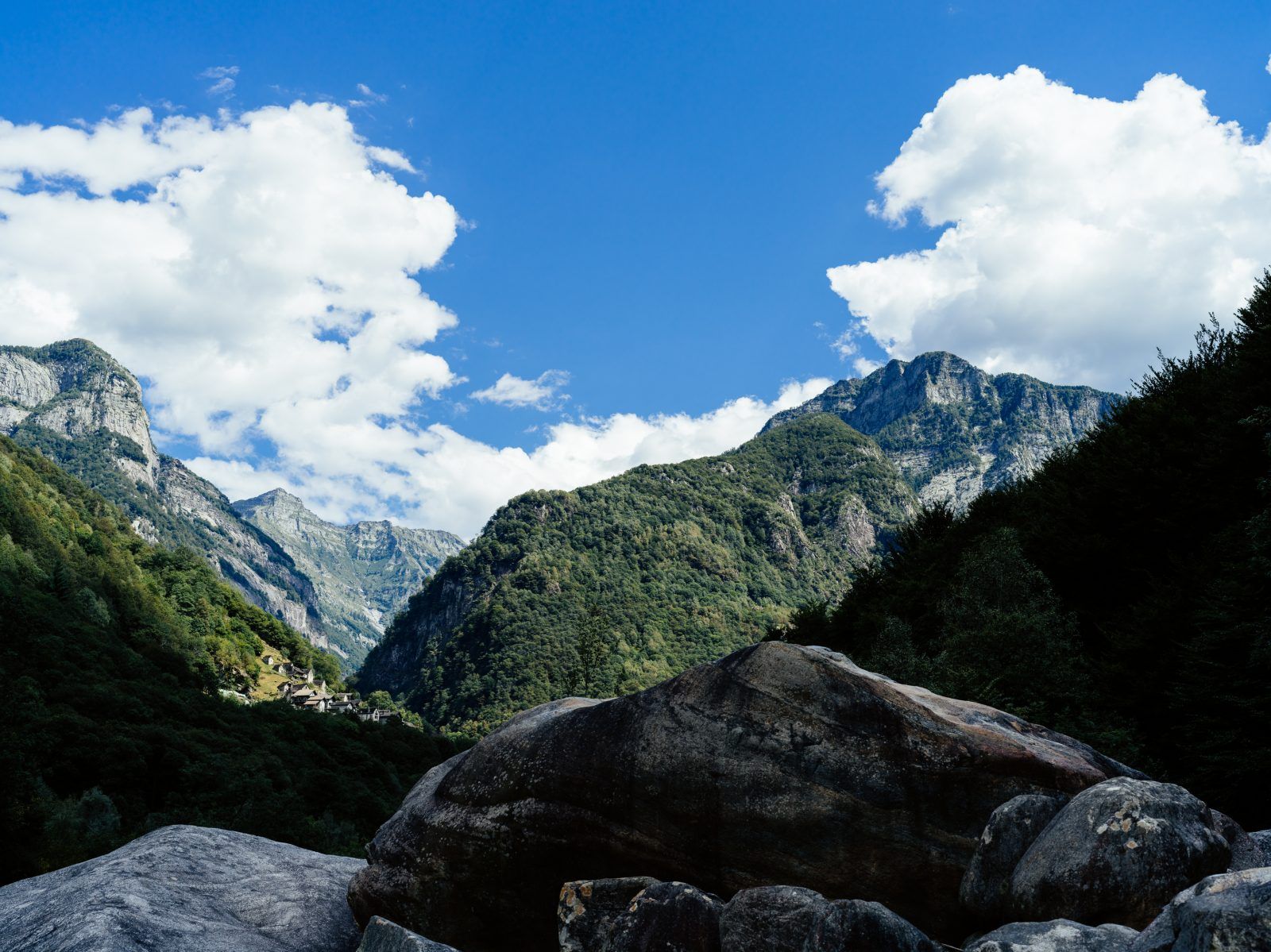 So my first impressions of having used the camera over the past few weeks are very positive. The 45mm lens is stunning and I can’t wait to get its smaller, newer little brother with an actual mechanically coupled focussing ring. 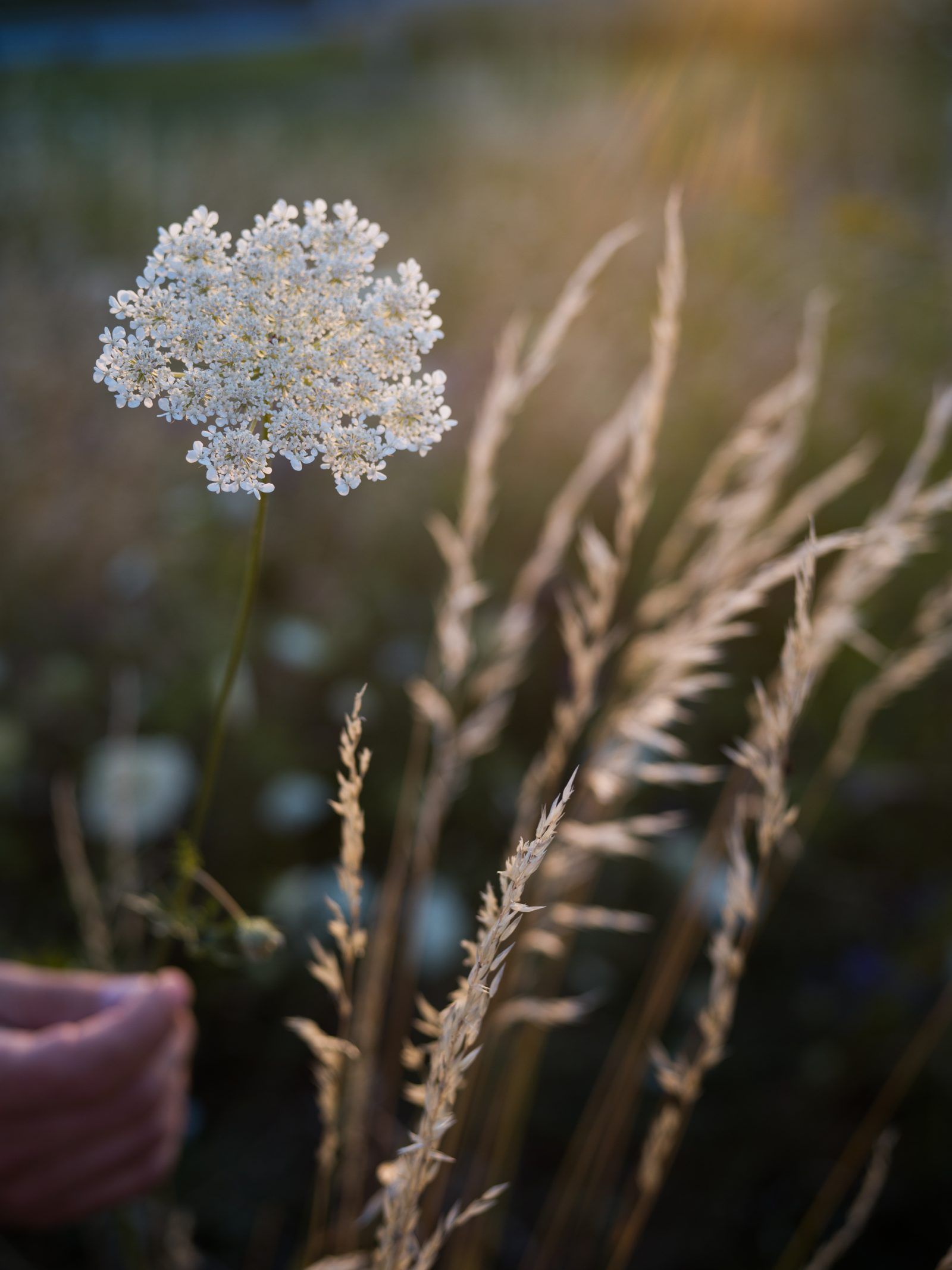 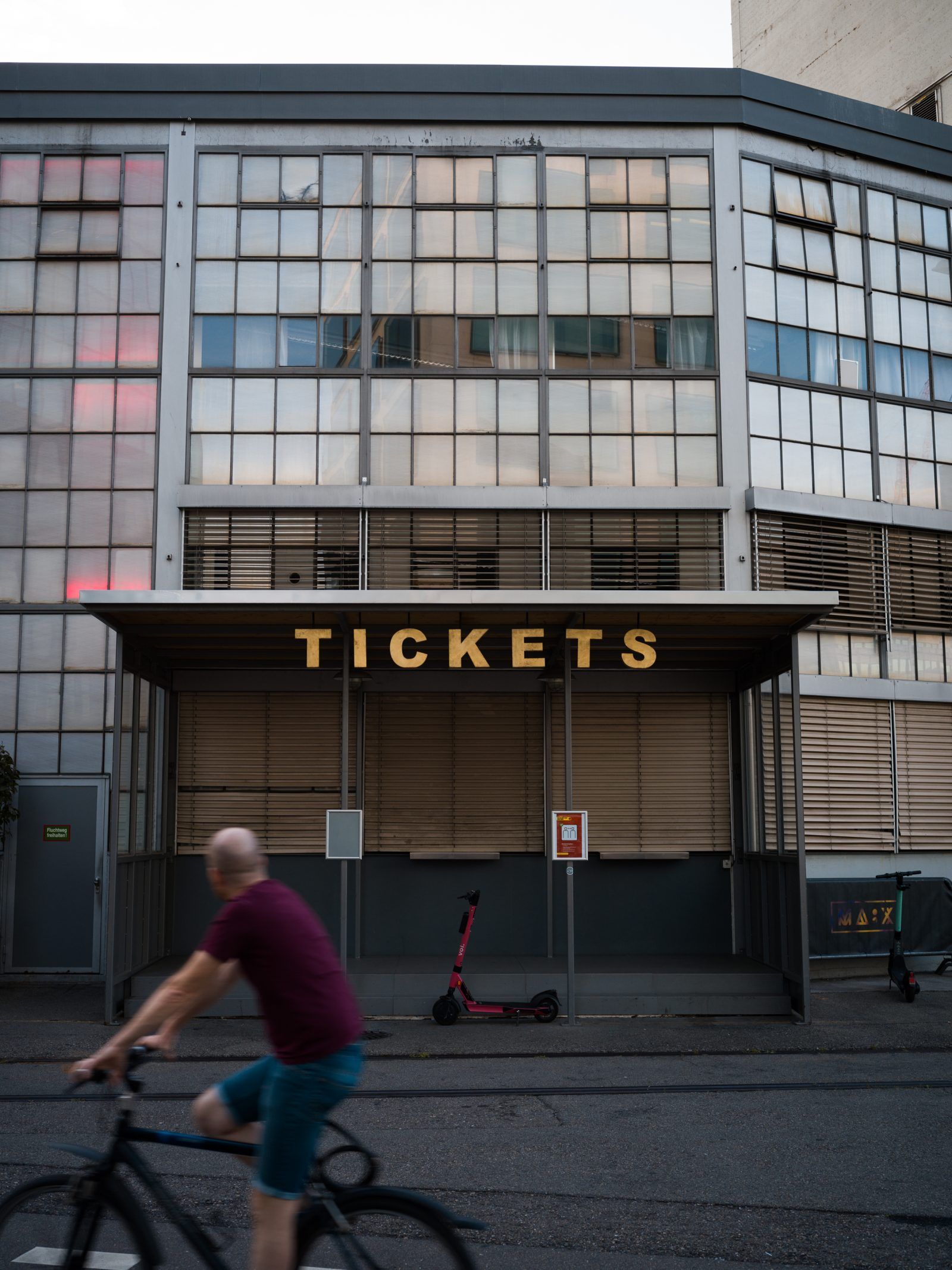 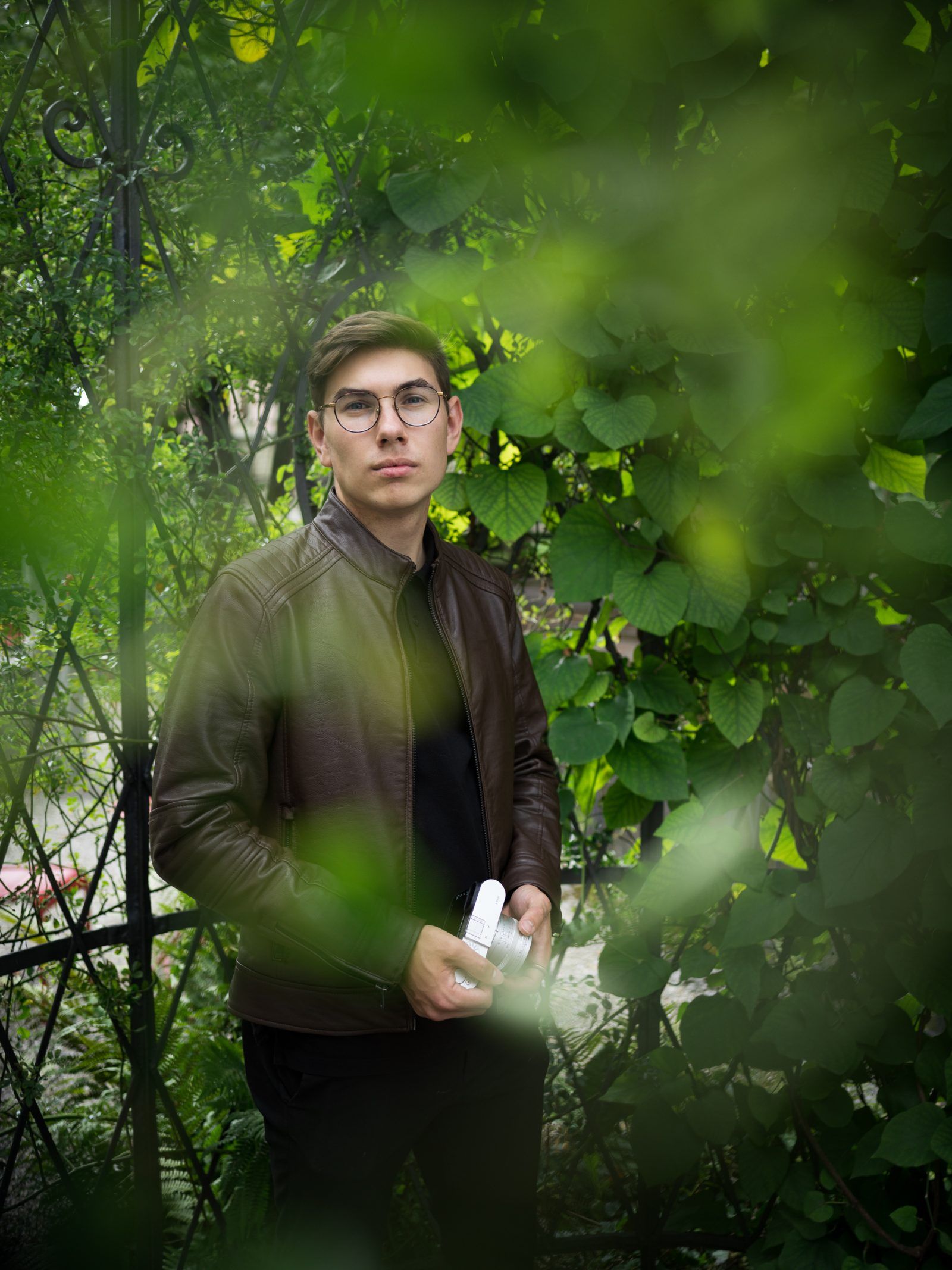 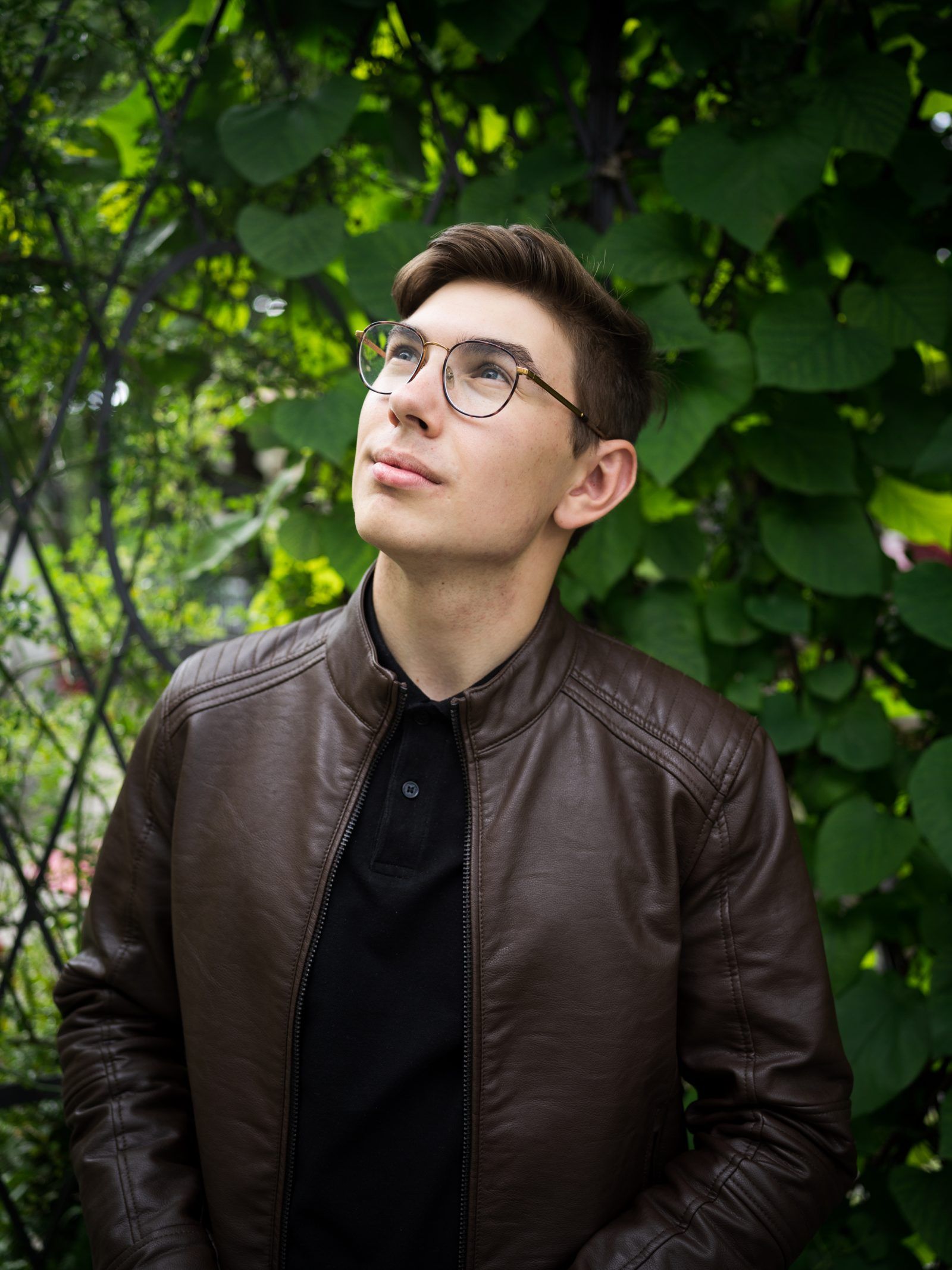