Back when I ordered my Hasselblad X1D II the XCD 4/45P was just released and out of stock everywhere in Europe, luckily I could buy the X1D II body and borrow a XCD 3,5/45 from the store until my XCD 4/45P would come in. This way I could get started with the Hasselblad while waiting on my own lens to arrive.

Now that my XCD 4/45P arrived a few weeks ago, I can write down a little of my experiences with both lenses and the differences. Purely in a non scientific way, however. I did not have the lenses side by side after all since the day I got my XCD 4/45P I gave back the XCD 3,5/45 lens to the store. 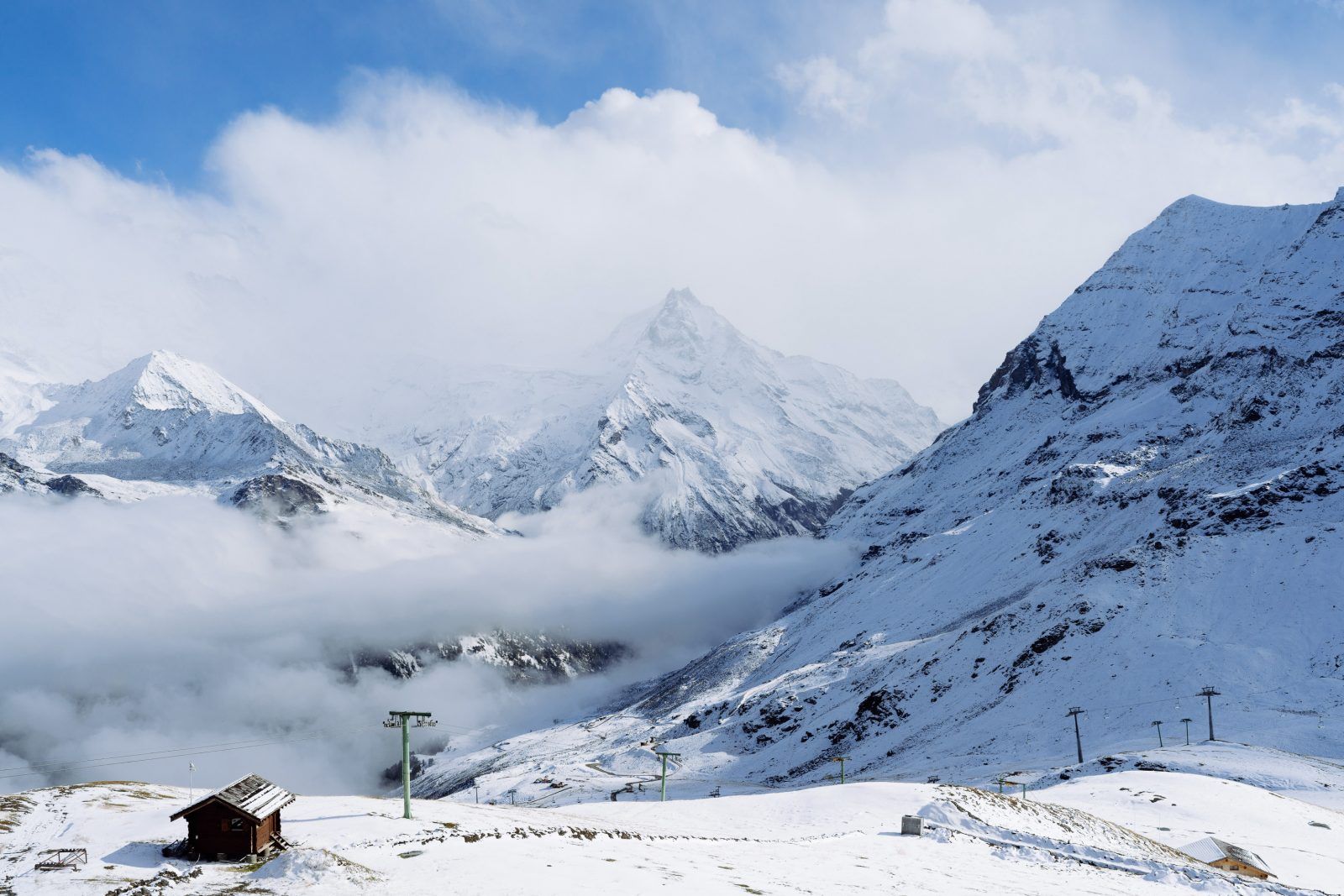 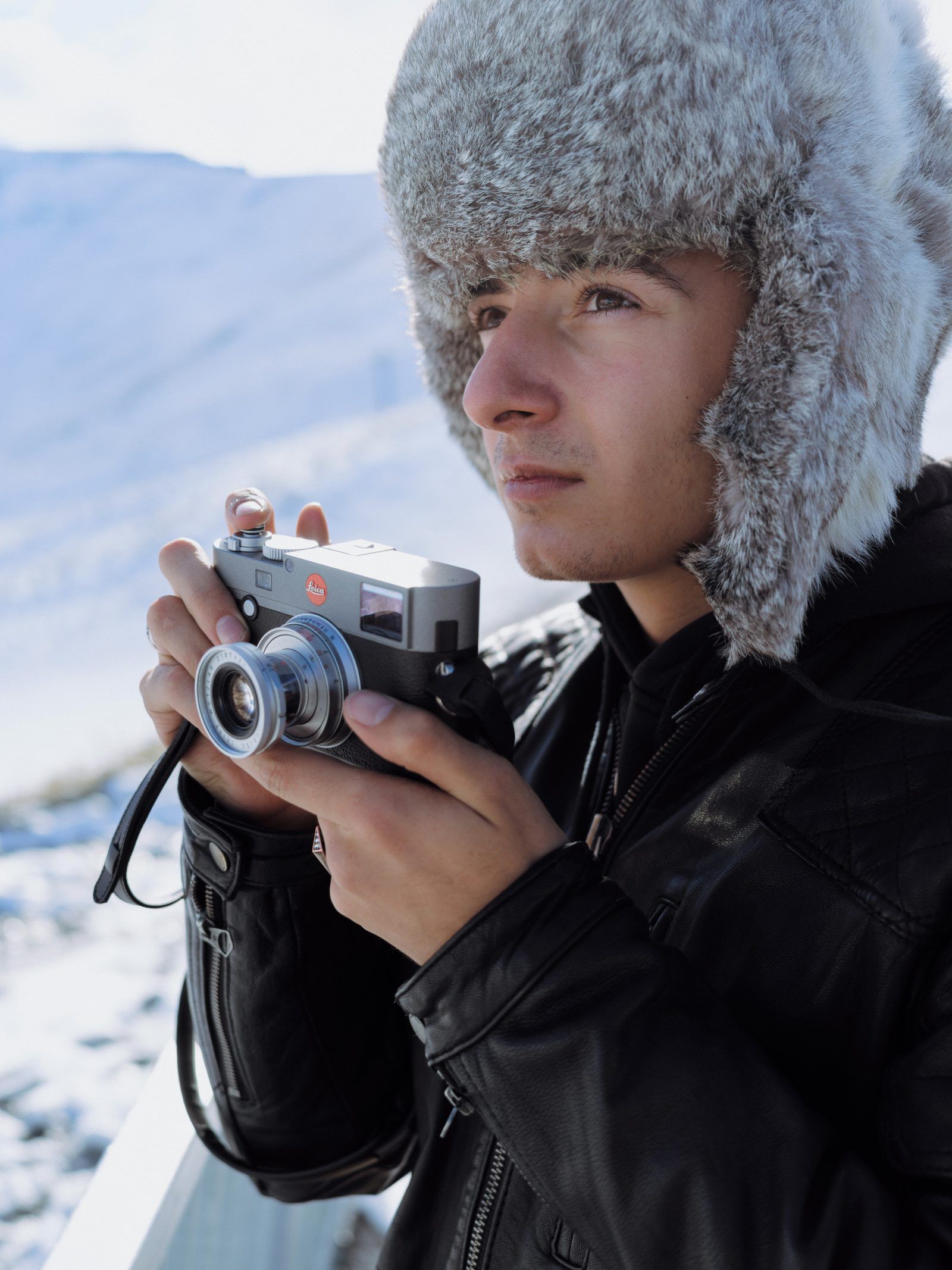 When you have used the XCD 3,5/45 and first pick up the XCD 4/45P you will immediately notice it’s about half the size, and weighs a little bit less. It seems they have gotten the same (actually better) performance out of the lens but reduced its size, weight and gave it a mechanically coupled focus ring rather than the ‘fly by wire’ on the XCD 3,5/45 (and all other XCD lenses so far).

The XCD 4/45P does not come with a lens hood, and there is no bayonet to mount one either. In my short time with the lens so far I have found the lens extremely resistant to flare and I don’t think the lack of a lens hood is gonna be a problem in this regard. I did however notice I easily got finger prints on the front element because of the lack of a hood. The reason for me to always use a lens hood on my lenses is just to protect the front element from fingers that go astray or hitting into things while the camera is dangling from it’s strap. For this reason I’ve done exactly what I’ve never done before: buy a protective UV filter. I got a “B+W XS-PRO Digital UV-Haze MRC nano” filter to protect the front element from my fingers, and possible impacts.

The XCD 3,5/45 is a spherical lens design, there are no aspherical lens elements used, it’s a full focus design, meaning the whole optical group moves forward or backward to achieve focus. It consists of 9 elements in 7 groups. I do not know if there are any floating elements that move separate from the rest for close focus improvement, I think it does not. The XCD 4/45P is also a lens of 9 elements in 7 groups, but features two elements with aspherical characteristics, these are probably needed to keep the image quality high even in a smaller form factor. It also a full focusing lens, again meaning the whole optical group moves forward and backward when focussing the lens. 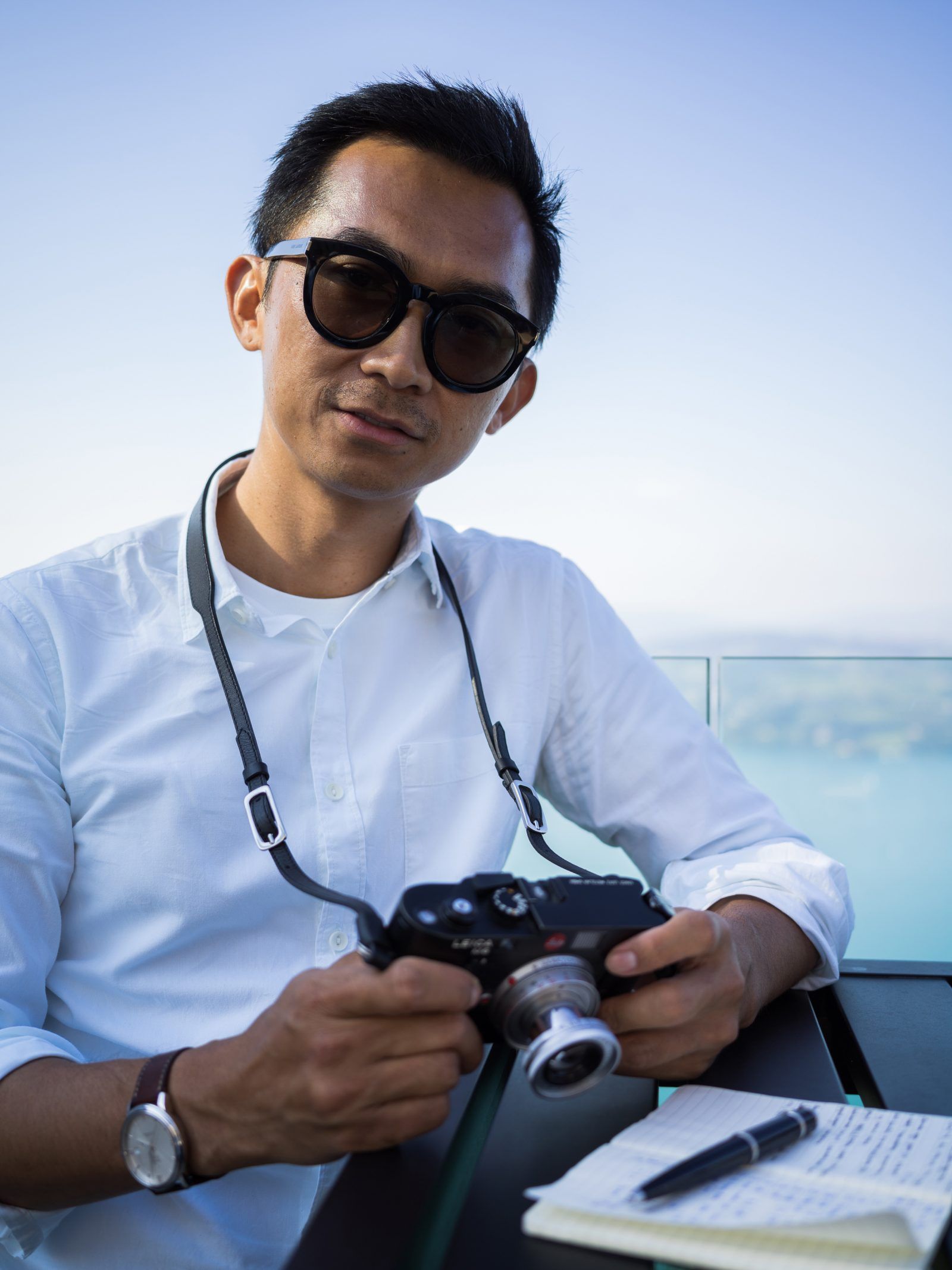 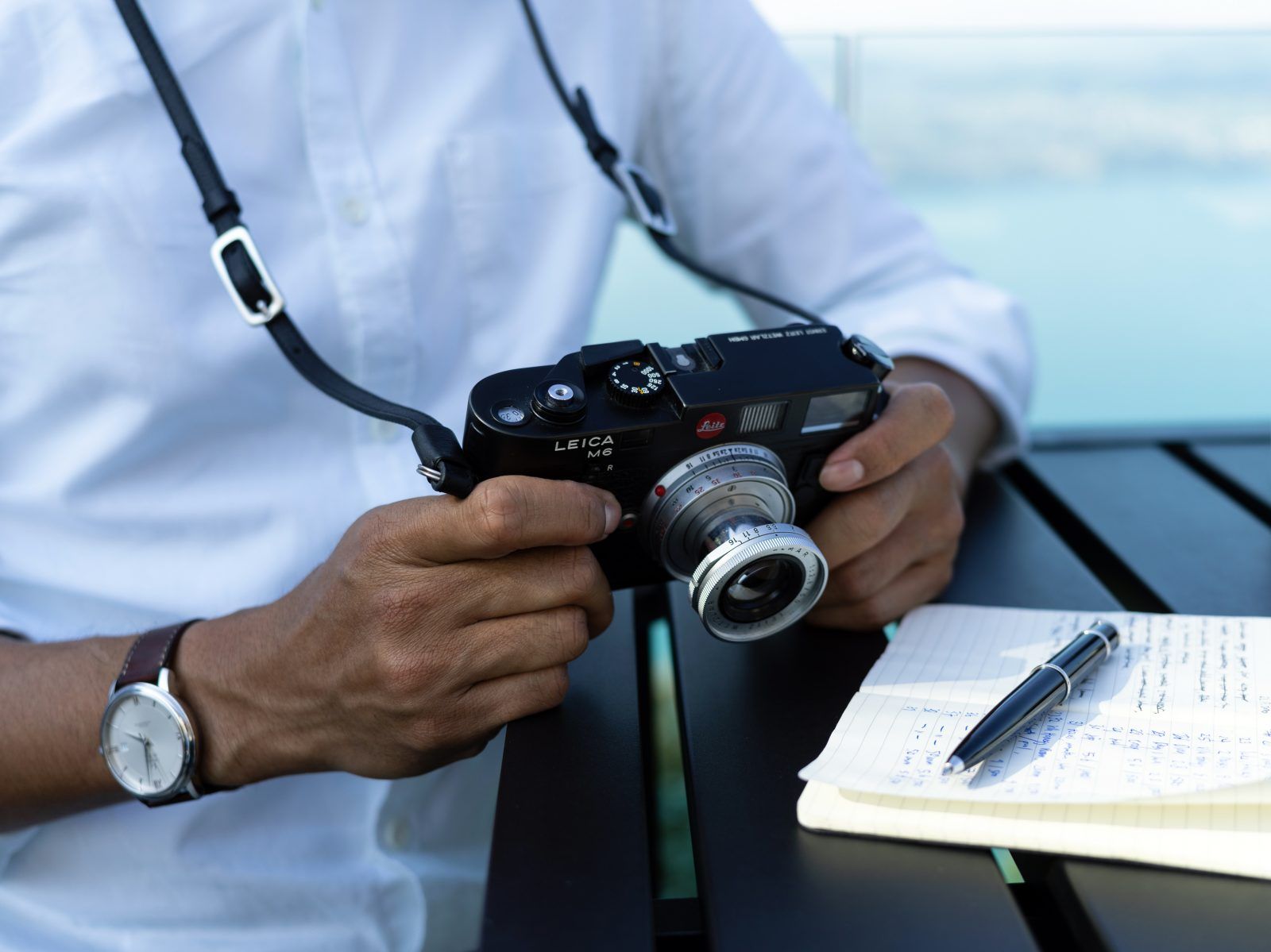 Some thoughts on using both lenses in real life

When looking at the MTF curves available from Hasselblad we can clearly tell the XCD 4/45P outperforms the XCD 3,5/45 on all fronts both in center as in the corners, both wide open as closed down to f/8. The MTF curves are only supplied for infinity but I doubt the XCD 4/45P is worse at close focus distances. Light fall-off for both lenses seems to be identical at all aperture values. The XCD lenses all vignette quite strongly (compared to Leica lenses I’ve used, both M and S mount.) I find the vignette in most cases quite pleasing, so I leave it and don’t enable the vignette correcting lens profile. Often this also helps ‘save’ the highlights in the clouds or sky. The XCD 4/45P’s barrel- or XCD 3,5/45’s pincushion distortion is very low and doesn’t need correcting for me in most cases either. I have not really done any architecture or geometric shaped photos yet, however.

The fact the XCD 4/45P is the only XCD lens currently available with a mechanically coupled focus ring is reason enough for me to choose it over the XCD 3,5/45. As I’ve written before in my introductory article about the X1D II fly by wire lenses are a real deal breaker for me, and I’d say this is my biggest dislike about the Hasselblad XCD lenses in general. With the introduction of the XCD 4/45P however there is now a mechanically coupled XCD lens available, and I enjoy manual focus with it a lot more than I did with the XCD 3,5/45. It makes nailing focus manually a lot easier by wiggling back and forth. 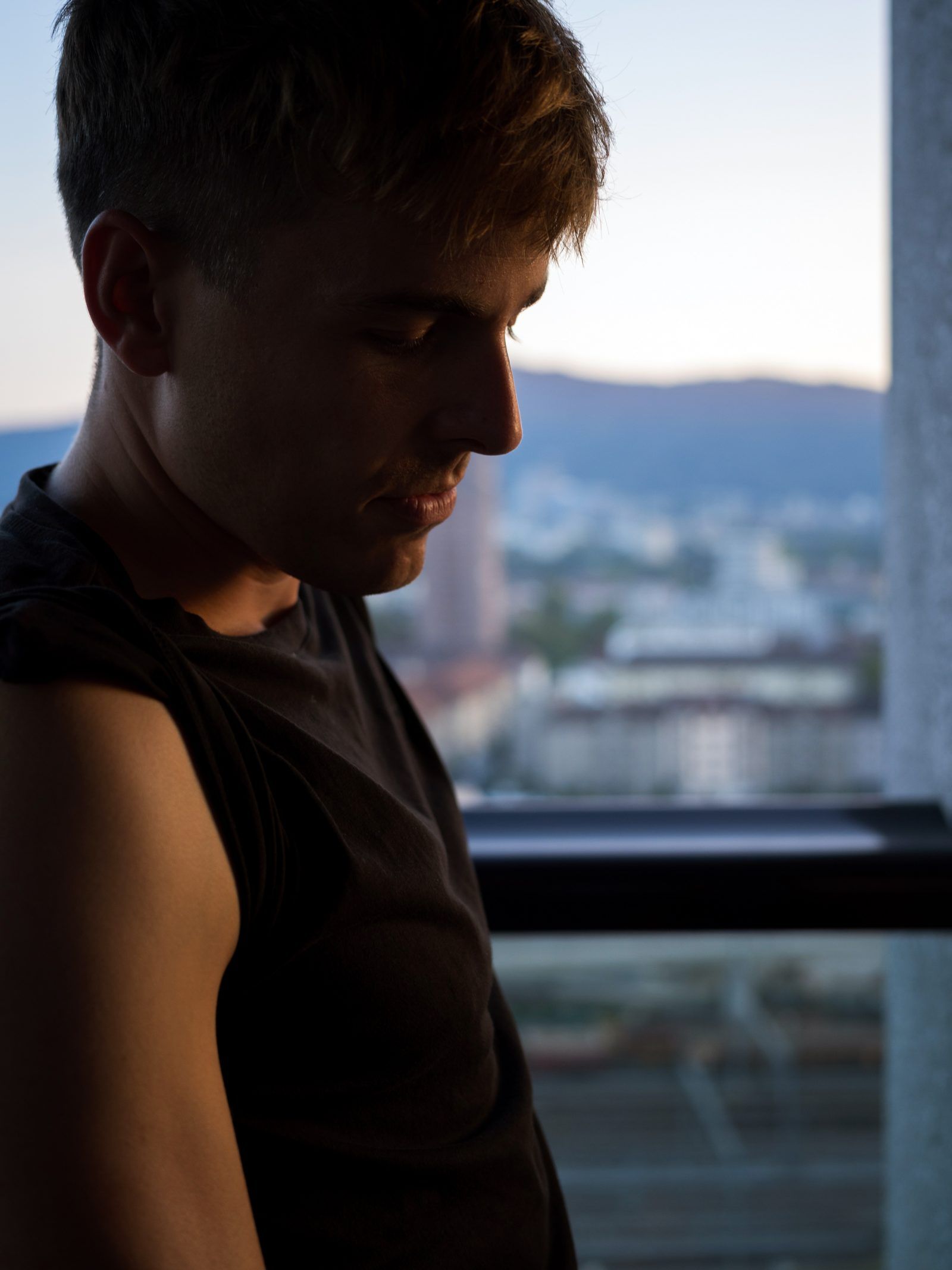 The XCD 4/45P even at the closest focussing range needs no stopping down to stay sharp and contrasty, of course at very close focussing ranges the depth of field is very shallow and thus acquiring accurate focus can be difficult. But when the focus is spot on you can see the lens does not get soft or unsharp because of the close focussing distance. Unlike the Leica Q 28mm lens, that forces you to stop down to f/2.8 at close focus range. Or the Fujifilm X100 series lens that does not force you to stop down, but gets very milky and soft at close focusing range.

With the mechanically coupled focus ring it now is super easy to adjust focus slightly without throwing focus off too far like is often the case with the other XCD lenses.

At f/5,6 the lens usually has enough depth of field to get focus easier than at f/4,0, but even hand held you can easily shoot at f/8,0 or smaller because of the great low light capabilities of the X1D and X1D II. This really is amazing and makes life a lot easier compared to the Leica S (Typ 006) I worked with extensively. Of course there are the S (Typ 007) and S3 with better low light sensitivity but that’s a different story. I’m in no way trying to down talk the Leica S system, I’m just stating my personal experience between the X1D II that I got recently and the Leica S (Typ 006) that came out back in 2012.

So what the XCD lenses lack in maximum aperture, the camera makes up with great ISO sensitivity. 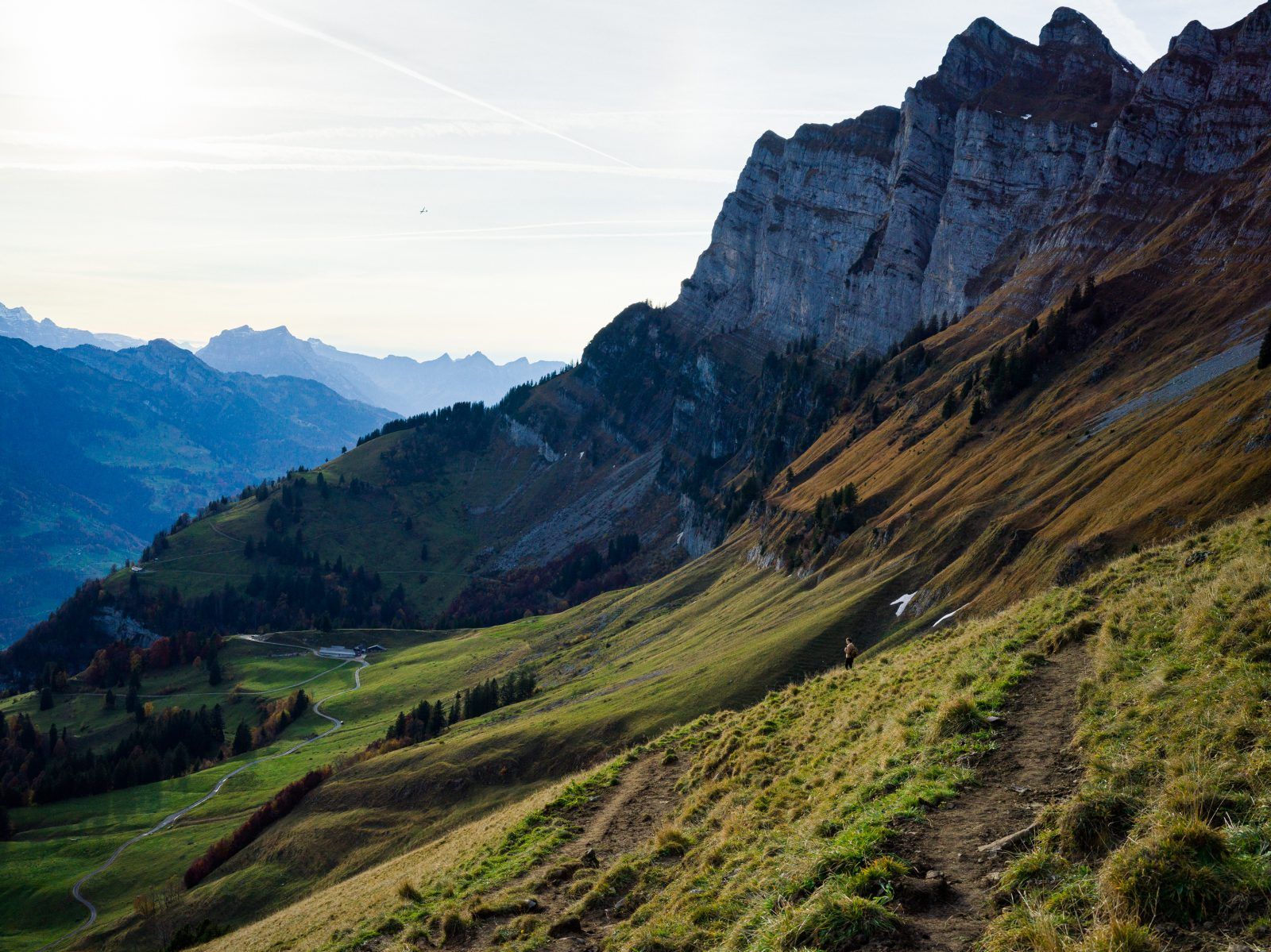 Today the XCD 4/45P got a firmware update: v0.1.26, this update makes it possible to read out the set focussing distance on the camera in live-view. It does not however give a depth of field range based on the set aperture, which would be a nice addition. Beside this, also a bug was updated where the XCD 4/45P sometimes did not manual focus properly after the camera had gone to sleep or was turned off. Before I sometimes had to press the autofocus button before the manual focus worked correctly. Interesting for a lens that has mechanical coupling to the focussing helicoid. I have not seen the inside of the XCD 4/45P but it seems it has an electronically controlled clutch that before v0.1.26 would sometimes stay in AF mode and would make manual focus impossible or only work half.

I’m not quite sure but it seems my sample of XCD 4/45P focusses more silently now in manual mode than before.

Only time will tell what other features Hasselblad will bring to the XCD lens lineup purely with lens and camera firmware updates. The addition of a depth of field scale based on set aperture and focussing distance would be nice. Similar to how Fuji does this on the X series cameras. 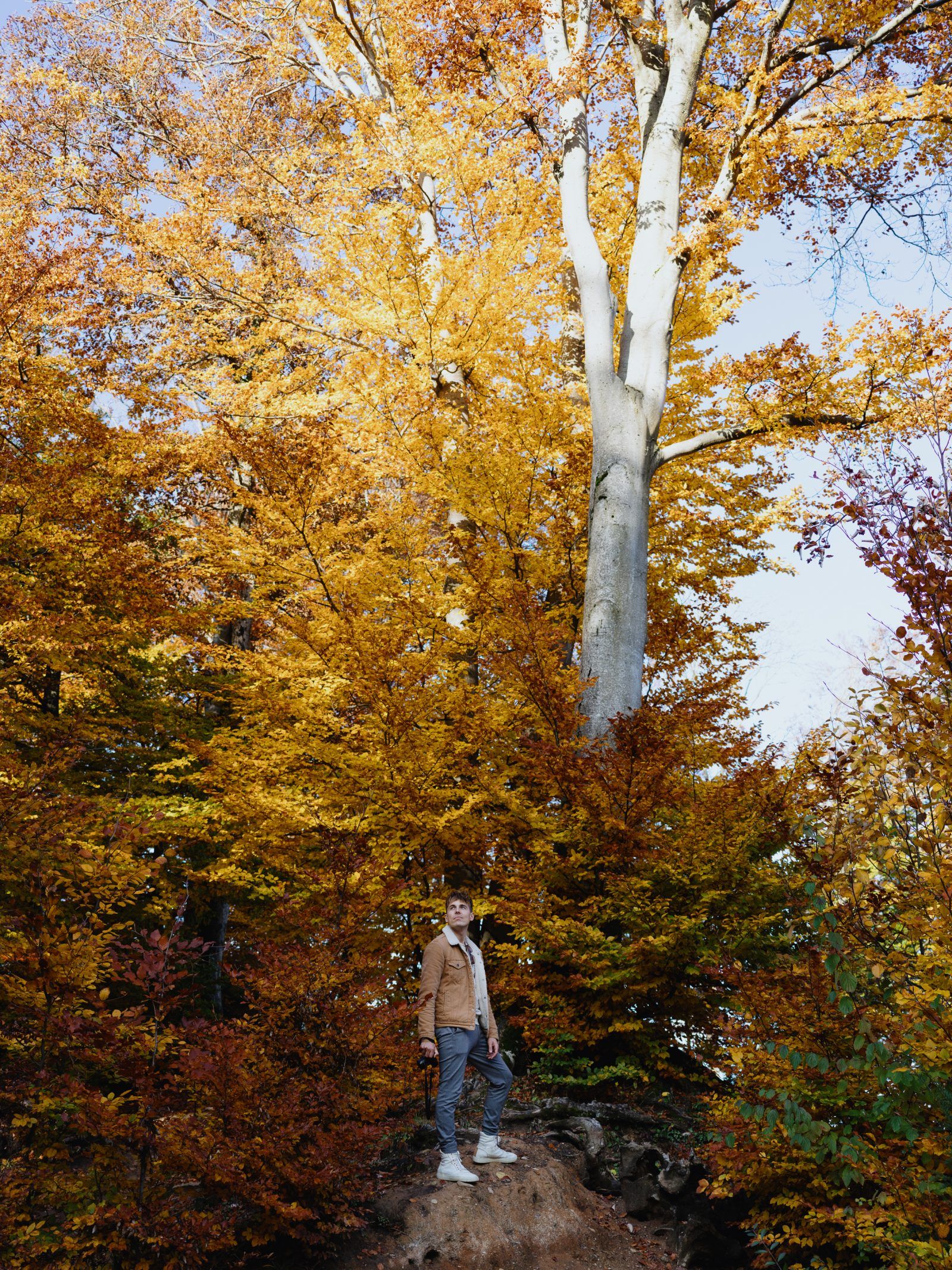 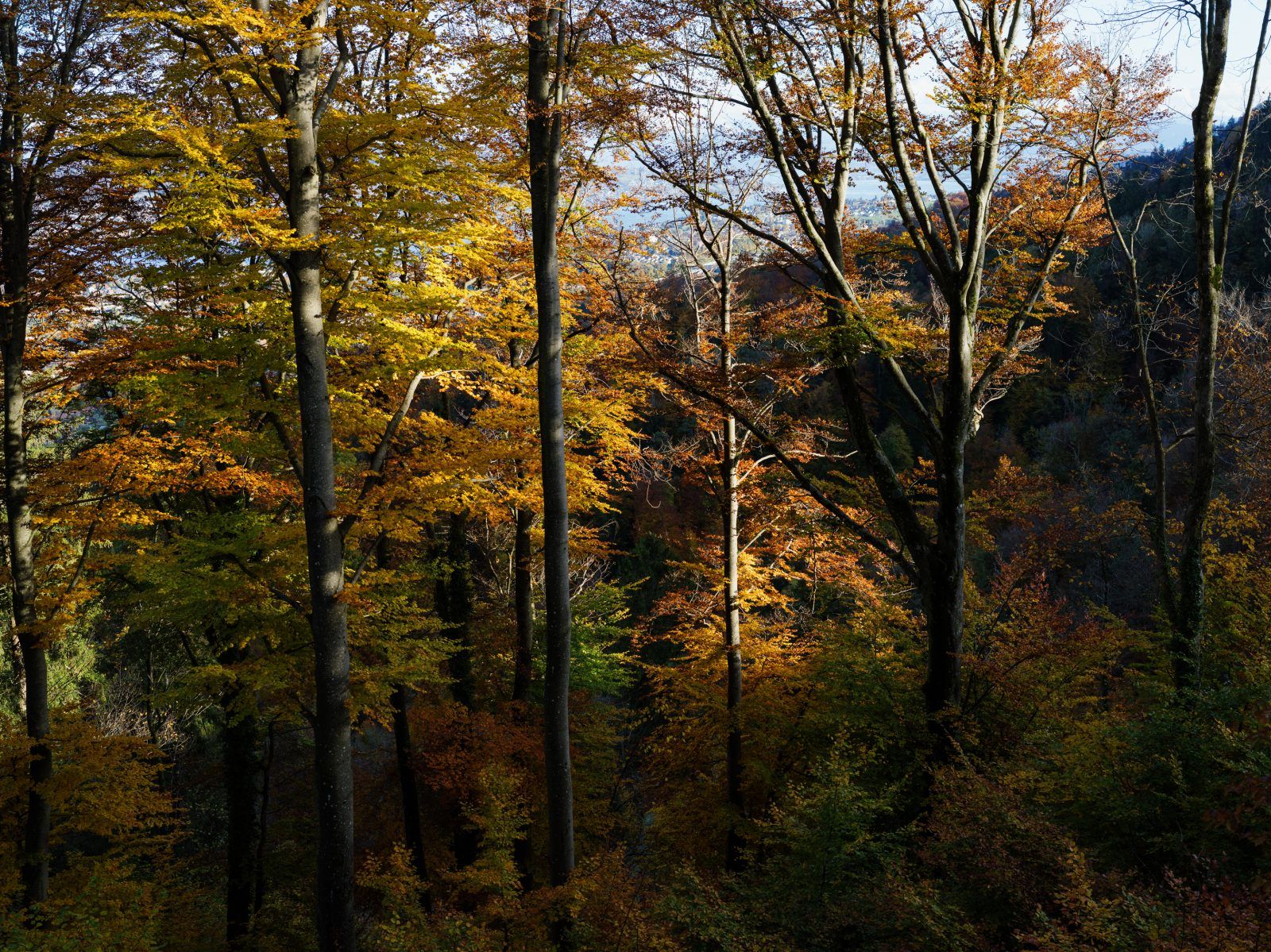 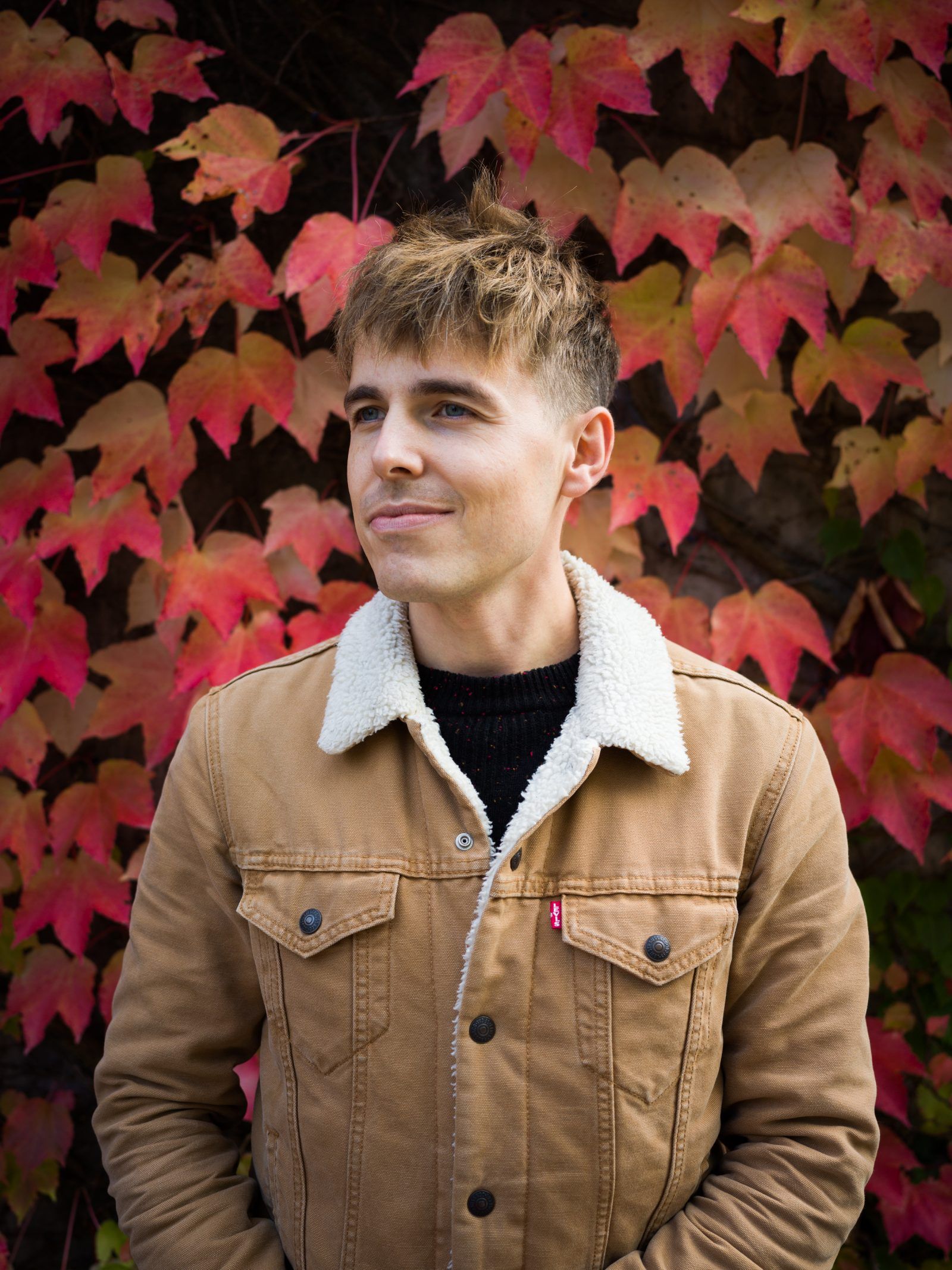 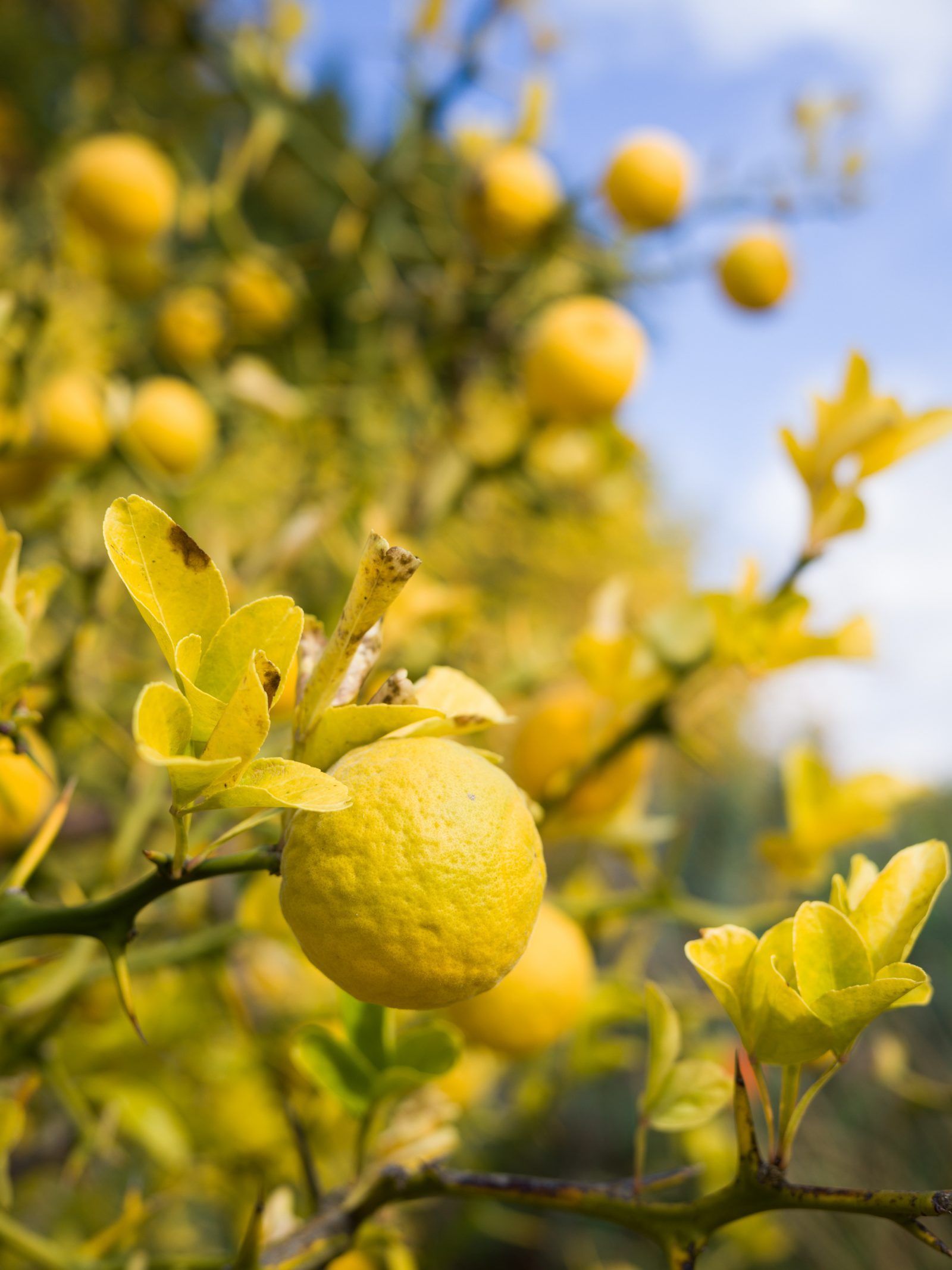 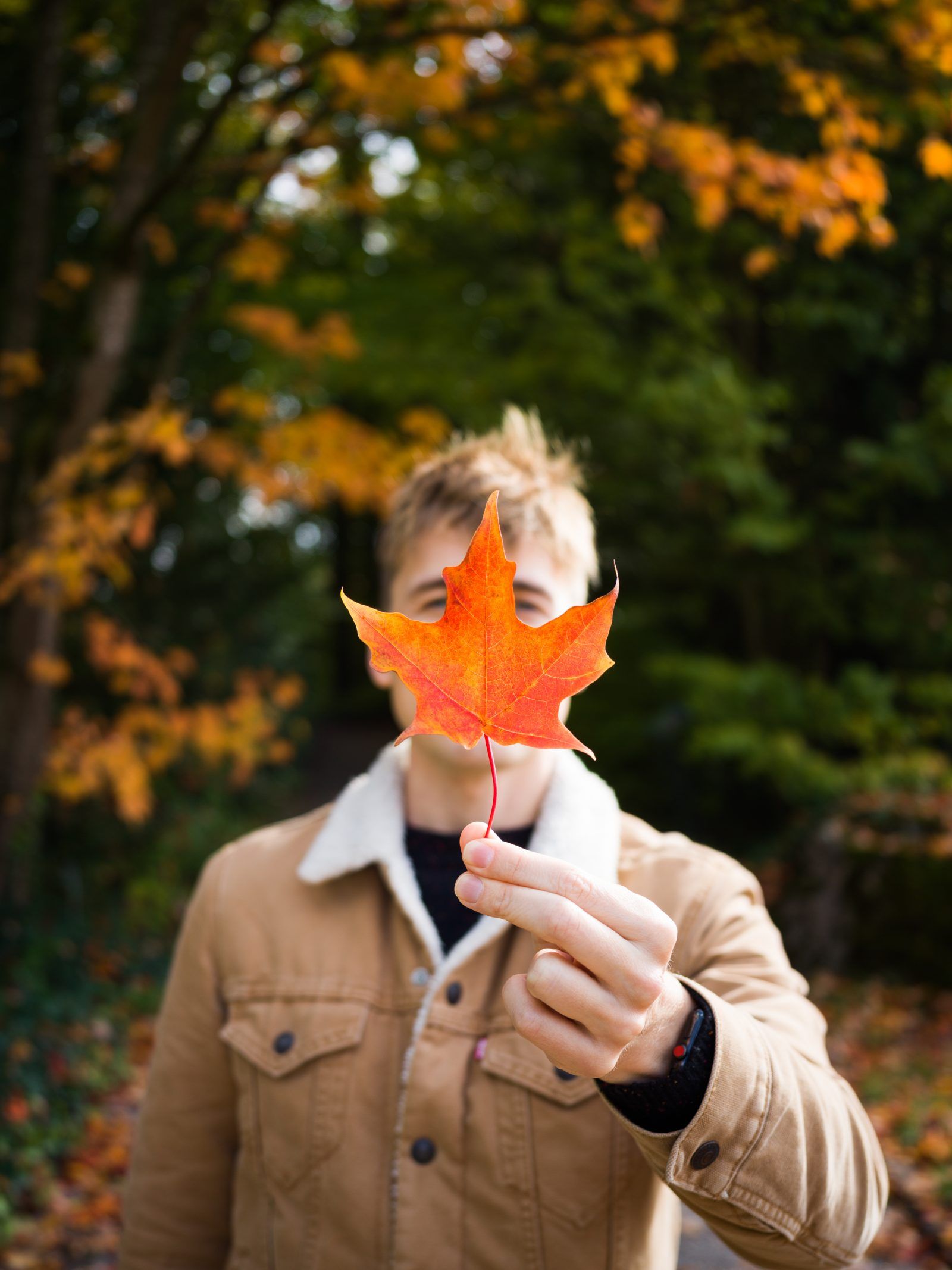 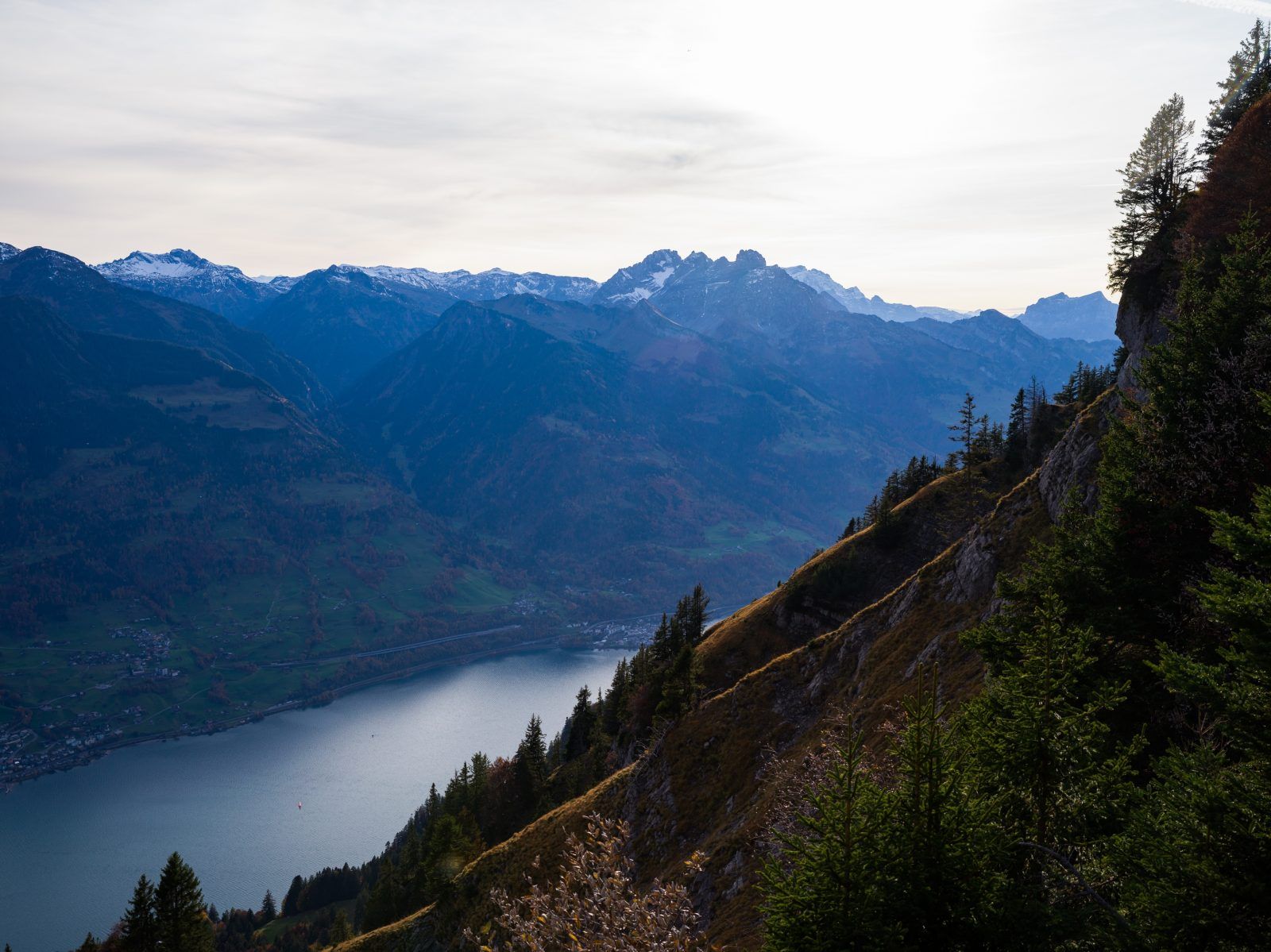 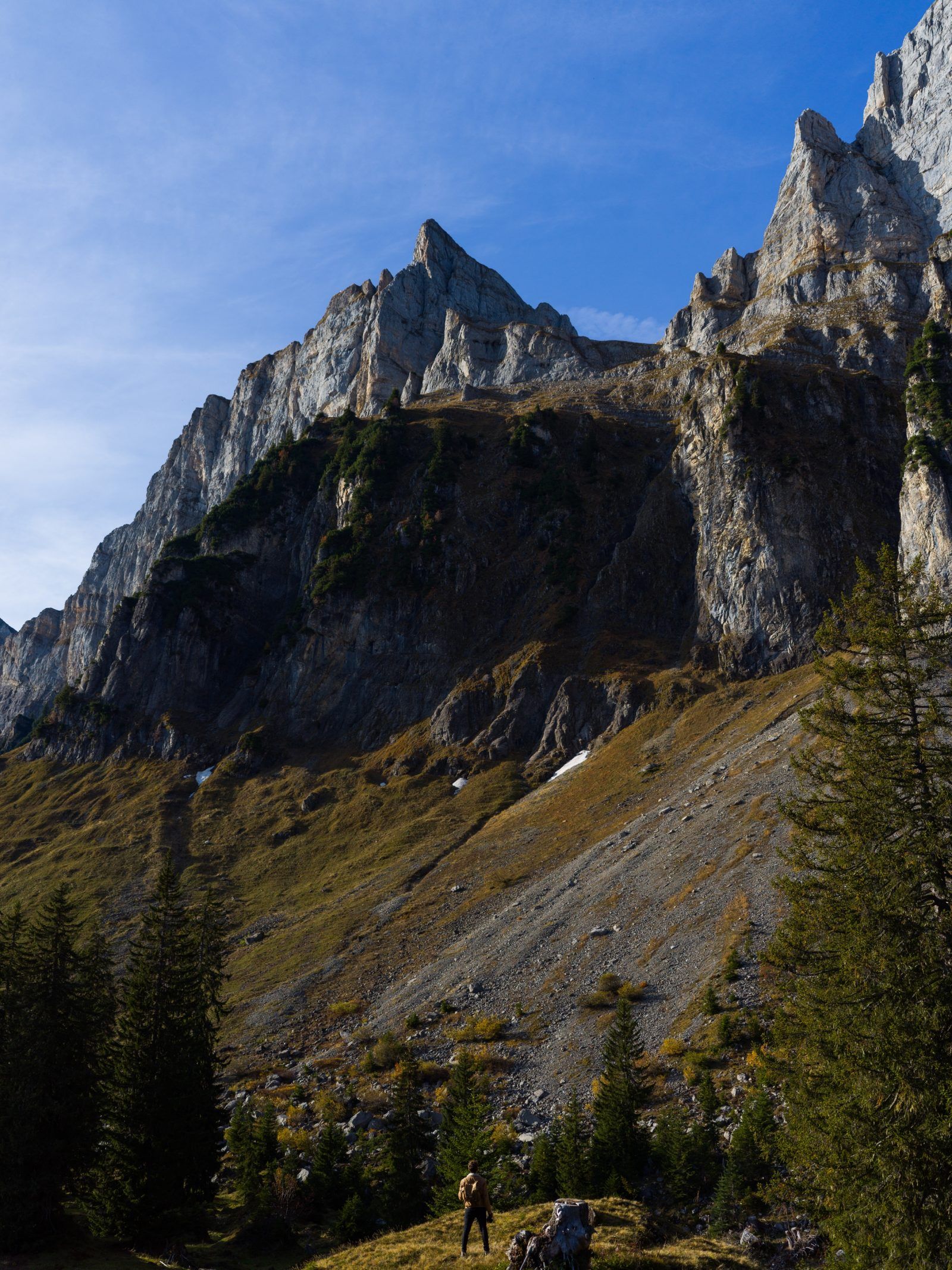